The year 2017 is on the way out. The year, like all others, had its moments of glory and sadness, as the villages welcomed new heroes, while saying sad goodbye to those greats who helped to make the village the special place it remains today. 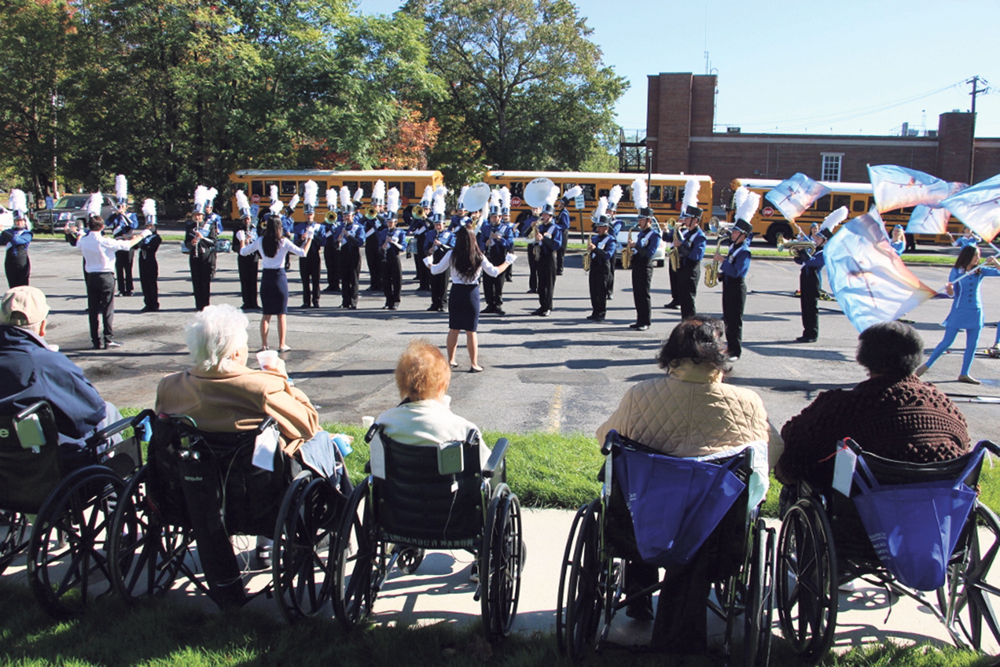 Having a big year was the Roslyn High School Marching Band. The Pride of Roslyn capped off a great year by winning their second New York State title in three years.

Also wearing the heroes’ crown were Peter Liotta, Jr. and Daniel Roper, two Roslyn youths who made the news by saving the lives of a young friend and his father, both of were swimming in Long Island Sound.

Meanwhile, the Village of East Hills continued to hold hearings on the fate of the Stone House Gold Coast mansion, while the village purchased the historic MacKay Gatehouse, in another bid for historic preservation.

On the sports front, a big moment as a no-hitter hurled last May by Matthew Feingold. The Roslyn Middle School ace struck out 10 batters, while walking just in a 10-0 win over Carle Place.

Robert D. Zucker, a former mayor of Roslyn Estates, died in August. Zucker served as mayor for five terms. During that time, he was able to lower the tax rate while a village hall, as well as a road crew, while acquiring a two park sites, work trucks and steam rollers. Zucker was also part of several committee dedicated to village beautification.

The crown jewel of the Village of East Hills is its dazzling park. In September, E. Jack Russo, the man who, as much as anyone, made that park a reality, died at age 94.
Both Zucker and Russo lived long and productive lives. Leaving her family and friends much soon was Jodi Golden, who died in late November.

In 2015, Golden was honored as the village Role Model of the Year award. Golden was long involved with special needs children. Starting in 2014, SEPTA sponsored the first annual Go Long For Luke fundraiser at The Park At East Hills, which grew to one of the most popular events in the village.