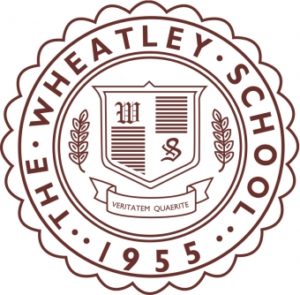 The Wheatley School students Megan Klein and Jacob Chimerine have been selected as Outstanding Physical Education students. Criteria for their selection were exceptional performance in physical education, scholarship, leadership qualities, and service to the Wheatley school-community. Both were honored by the Nassau Zone of the New York State Association for Health, Physical Education, Recreation and Dance.

Klein is a member of the National Honor Society and an AP Scholar. She has been the captain of the fencing team as a junior and senior as well as the spring track and field team. She has qualified and competed in the Nassau County Fencing Championships as one of the top fencers in her event, Saber. Klein has also competed at the New York State Public High School Athletic Association (NYSPHSAA) qualifiers in the triple jump. In addition to competing at an elite level, Klein finds time to volunteer for various organizations such as; Nassau County District Courts, St. Aidan’s Vacation Bible School, the New York State School of Music Association (NYSSMA) and the Creative Arts Program.

Chimerine is president of the National Honor Society and earned the AP Scholar with Distinction award, along with numerous other awards. Through the B’nai Brith Youth Organization, he has demonstrated the willingness and ability to become a leader of his peers.

Chimerine has played soccer, tennis, track and field and cross country. He received All-Conference recognition and qualified for the NYSPHSAA championships in cross country. Chimerine has also been involved in various levels of deck hockey and basketball outside of the school program. He currently serves as vice president of Mock Trial, is a member of the Model UN, president and co-founder of the Coding Club, Mathletes and Peer Tutors. He also finds the time to volunteer with the United Jewish Appeal and the Sid Jacobson Jewish Community Center.

—Submitted by The Wheatley School