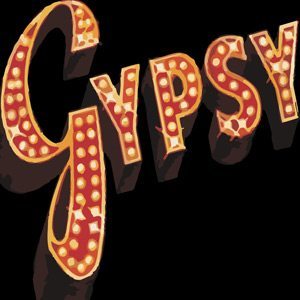 It’s that time of year again. Days are getting longer and brighter, spring flowers are finally blooming and the talented students at The Wheatley School, many of them from the Roslyn area, will be performing another spectacular musical.

To showcase the plethora of musically gifted thespians, most principal roles were double cast to let each actor shine. Hear these skilled students belt out classics from Gypsy on Thursday, Friday or Saturday, March 27–29, at 7:30 p.m., or at the 2 p.m. matinee on Saturday.

Students from Roslyn Heights performing are: Lauren Bennis as Rene and Hollywood Blonde Sally May; Jillian Gothelf as Tessa Tura; Ally Levy as Baby Louise; Michael Lituchy as Pop and Farm Boy; Ghazal Mizrahi as Electra; Emily Popovitz as Little Tulsa and a Newsboy; Fallon Roher as a Cow; Amanda Roit as Baby June; Chelsea Wolgel as Rose; and from East Hills, Josh Dinetz as Tulsa.

Students from Albertson performing include: Hallie ArbitalJacoby as Hollywood Blonde Gail and Jessie LoBocchiaro as a Boy Scout.

Loosely based on the 1957 memoirs of the famous striptease artist Gypsy Rose Lee, Gypsy spotlights Lee’s mother, Rose, the ultimate stage mom. The musical presents an affectionate look at the hardships of show-biz life while chronicling Rose’s dreams and struggles as she raises her two daughters to perform on stage.

Gypsy has been called the greatest American musical by numerous critics and writers, and contains many popular songs, including “Everything’s Coming up Roses,” “Together (Wherever We Go)” and “Let Me Entertain You.”

“Gypsy awakens, for all of us, the romanticized dream of a life in show business. We are fascinated, too, by the darker sides of the business—the hardships behind the curtain and the people who endure those harsh realities beyond the illusion,” said Wheatley English teacher and the play’s director, Rick Leidenfrost-Wilson.

The actors feel extremely fortunate to be working with the veteran director. Gypsy is his first Wheatley production since Honk! five years ago, as he’s been extremely busy directing the Off Broadway play The Greatest Pirate Story Never Told!

“I’m learning so much from working with Mr. Leidenfrost-Wilson,” added Wheatley Theater Company (WTC) president Caitlin Calio. “He has a way of explaining his direction that makes it really easy to understand. He has really been helping me, and the rest of the cast, understand our characters overall, and also how they would respond at specific points in the show. We are able to truly feel what the character feels, because he is able to make everything relatable to our lives.”

“I’m beyond excited to be a part of Gypsy!” said WTC Vice President Juliana Luber. “It has been such a great experience getting to work on such a classic, well-known show. I love Gypsy because it’s full of different emotions, from humor to tears. It also has so many unique characters that I love watching everyone portray. We have an amazing director who I have learned so much from during this experience.”

“The Wheatley Theater Company is just such a beautiful thing to be a part of, we truly are like one big family,” added Luber who plays Rose’s daughter, June. “My fellow cast members have taught me skills that I know I will use again in the future. This has been a truly amazing experience and I can’t wait for the show.”

The director is equally passionate about his experience.

“I had a fantastic time directing these kids. It’s always wonderful watching kids soar and make new discoveries about what they can do,” said Leidenfrost-Wilson.

“The cast is truly amazing,” continued Calio, who will be playing Rose’s daughter, Louise. “There is so much talent and I am learning from everyone. This show will be bittersweet for me since it is my last Wheatley show. I am extremely excited for Gypsy, yet I am sad to be leaving my WTC family.”

The emotions and excitement are universal.

“Playing Mama Rose is a real dream come true for me,” said WTC secretary Chelsea Wolgel. “It is such a demanding, challenging role, and it’s an honor to be able to play this part for my last WTC show. What I love about Gypsy are all the quirks of the show that make it funny and interesting. It’s an intriguing story with a great book and wonderful music that I love to sing. I think this show is really going to be something special!”

To reserve seats, visit www.ewsdonline.org or call 516-333-1630, ext. 5230. Tickets cost $10, though senior citizen tickets are free, and can also be purchased at the door. The Wheatley School Auditorium is located at 11 Bacon Rd., Old Westbury.