The Roslyn Water District is a public drinking water provider which serves approximately 5,780 residential and commercial customers throughout a 5.1 square-mile area. The Roslyn Water District serves all the villages of Roslyn, Roslyn Estates, Flower Hill, North Hills, Greenvale, Albertson, Glenwood Landing and Port Washington. The estimated population of the district is 17,900.

According to the lawsuit, drinking water wells in Roslyn have been contaminated with perfluorooctanoic acid (PFOA) and perfluorooctane sulfonate (PFOS). PFOA and PFOS are chemicals which are resistant to water, grease or stains. These chemicals have been around for decades and are typically used to make carpets, clothing and fabrics for furniture. Although these contaminants have been in the water supply for quite some time, it was only recently that more advanced testing has determined the contamination.

In May 2016, the Environmental Protection Agency (EPA) established drinking water health advisories of 70 parts per trillion (0.07 micrograms per liter) for the combined concentrations of PFOS and PFOA. According to a 2018 water quality report released by the Roslyn Water District, PFOA was labeled at 6.8 nanograms per liter (ng/l), which corresponds to one part of liquid in one trillion parts of liquid (parts per trillion-ppt). The report states that no Maximum Contaminant Level (MCL) has been established for PFOA, but a health advisory of 70 ppt has been established by the U.S. Environmental Protection Agency (EPA).

Venkatesan stated that the advanced oxidation process system, which is used for removing 1,4-Dioxane from the water, “does not work with perfluorinated compounds because the chemical structure is so tough that even the strongest oxidant cannot break it down. But the good thing is the granular-activated carbon filters that are currently in place, and even the Brita filters, are capable of removing these compounds from water. The carbon filtration system does a pretty good job of removing PFOS and PFOA, but there are several questions associated with it. PFAS are actually a group of chemicals, there are more than a thousand formulations, including some several unknown species that we cannot even detect now. So we don’t know if the filtration works great for all these compounds.”

In a 2016 study conducted by the EPA, a link has been established between the exposure of PFOA and PFOS and adverse health effects. Serious health effects include cholesterol changes, kidney or testicular cancer, increased liver enzymes, high cholesterol and developmental effects to a fetus during pregnancy or for breastfed infants, such as low birth weight, accelerated puberty or skeletal variations.

According to the lawsuit, the Roslyn Water District is claiming that the defendants named in the lawsuit knew or should have known how dangerous and toxic these chemicals are when introduced into the water supply. They are seeking actions to recover the costs, “to protect the public and restore its damaged drinking water supply wells.” The district is looking to ensure that those who are responsible for the contamination bear the expenses for the costs of designing, constructing, installing, operating and maintaining the treatment facilities and the equipment required to remove the contaminants from their drinking water wells.

“The idea is that the public shouldn’t have to bear the cost of removing chemicals they didn’t put in the water,” said Katie Jones, an attorney who represents the Roslyn Water District. “The responsibility falls on the company that manufactured the chemicals, marketed and promoted their use all while knowing about its risks to human health and about how long it stays in the environment.”

A representative from 3M would not comment on the current lawsuit, but stated that “3M acted responsibly in connection with products containing PFAS and will vigorously defend its record of environmental stewardship.”

The Roslyn Water District owns and operates seven individual deep wells on seven separate sites. According to the lawsuit, PFOA and PFOS have been detected in at least four of Roslyn Water District’s water wells. These chemicals are spreading throughout the aquifer system where the district draws its drinking water, and is now threatening the district’s uncontaminated wells.

New York State has recently announced that it will adopt new water quality standards that require treatment when certain levels of PFOA and PFOS contaminants are detected. Because these contaminants have been detected throughout the underground aquifer, many Long Island water districts are now facing new mandates to install expensive treatment facilities to remove PFOA and PFOS from their wells.

According to the DEC, “these water quality standards are the basis for programs to protect the state waters. Standards set forth the maximum allowable levels of chemical pollutants and are used as the regulatory targets for permitting, compliance, enforcement, and monitoring and assessing the quality of the state’s waters. Waters are classified for their best uses (fishing, source of drinking water, etc.) and standards (and guidance values) are set to protect those uses.”

The Roslyn News reached out to DuPont Company, but did not receive a response at the time of press. To view the most recent water quality report for the Roslyn Water District, visit www.roslynwater.org/qr.html. 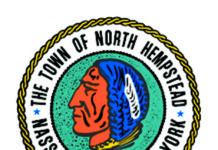 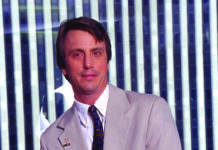 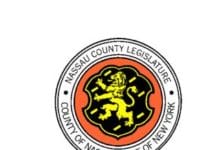