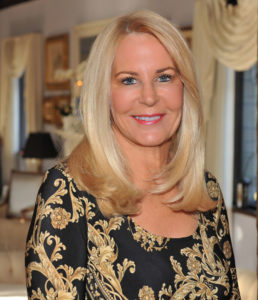 If one word could be used to describe the Village of Roslyn, it would be history. Its origins date back to 1633 and as such, is rich in people and places, all with their own unique stories, a number of which we’ll be highlighting in this issue of Roslyn News Magazine. Anton Media Group has done a solid job keeping the spotlight on Roslyn, starting with The Roslyn News, which has been keeping folks abreast of what goes on in this unique community since 1877. And we’ve kept up with the times by making our mark in cyberspace through our website, www.roslyn-news.com.

For this issue of the magazine, we have longtime Roslyn News editor and historical maven Joe Scotchie penning stories on legendary poet and journalist William Cullen Bryant on the 140th anniversary of his death. Joe also brings to life Christopher Morley, another Roslyn journalist, who has a local park named after him. A big part of Roslyn’s charm is how pleasing it is to the eye.

Joseph Catrone’s piece on the Landmark Society highlights the importance of the incredibly active organization that does so much to preserve the community’s physical character. Frank Rizzo writes about some of this in his piece about the changing Roslyn landscape and new developments like the Atria Roslyn, which provides a subtle contrast to Roslyn’s historical aspects. Culture is a major cornerstone of this village’s character.

Elsewhere, Dave Gil de Rubio helps us welcome back My Father’s Place, the storied live music venue that will be enjoying a second act when it reopens in June as part of the newly renovated Roslyn Hotel. And with all that there is to see and do in Roslyn, it helps that Kimberly Dijkstra pulled together a round-up of lunch spots to dine at that includes Center Cuts, Landmark Diner and Lou Joe Restaurant.

As you can see, there’s plenty to dive into as we scratch the surface of what makes this community so wonderful.