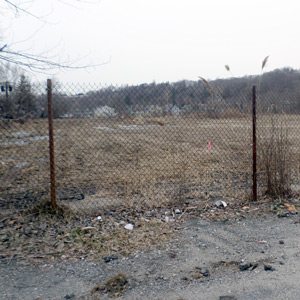 It wouldn’t be a board of trustees meeting without some discussion of the parking situation in the Village of Roslyn.

At the March meeting, the board approved New York State expenditures for a municipal parking lot on Skillman Street.

The project is being funded with a $50,000 grant from the Dormitory Authority of New York State (DASNY). Once the grant monies come through and once the village Building Department makes their plans, the project will move to its next step.

The resolution further stated that such a parking field would “benefit the village and its residents” and that the property has been maintained by the village “and requires paving and striping for parking.”

Toward that end, the village has sought and received the state grant to do the necessary paving and striping for the property.

For decades, the 11 acres of land off Skillman Street in downtown Roslyn has been one of the most contentious areas of discussion in local politics. Twenty years ago, a major debate took place over the possible construction of a Stop & Shop store on that property.

That bid was eventually defeated and its aftermath led to a new village board adopting a Master Zoning Plan for the village. The focus of that plan was on residential, rather than commercial development. The Atria at Roslyn senior living quarters remains the most significant result of the plan.