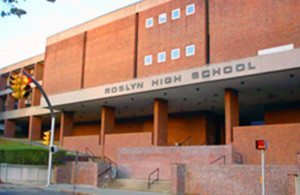 With the school budget and trustee elections coming up in a little more than a month, news from the Roslyn School District is always utmost on residents’ minds, especially this year, with major capital improvement projects being considered.

As the vote approaches, Roslyn is in the news on two fronts. First, Gov. Andrew Cuomo submitted proposed state aid figures, that if approved, would give Roslyn a 12.26 percent increase from last year’s funding. Secondly, the school district, which sometimes declines to take part in overall testing ratings, found itself as the 17th-highest rated high school in New York State, in a survey conducted by Niche Inc. of Pittsburgh, PA, a firm that specializes in ranking secondary schools, colleges and universities and cities, towns and neighborhoods across the country.

The proposed budget would give Roslyn $4,580,935 in state aid, up from last year’s final number of $4,080,804. The submission of such numbers is only the beginning of the long, budget process, as Long Island lawmakers generally do battle in Albany to bring all the aid it can to its 119 public school districts.

Dr. Dan Brenner, superintendent of the Roslyn School District, weighed in on the latest news, expressing caution in both cases.

“We are of course always pleased to receive more state aid rather than less, though the state’s support for public education still remains far below historical levels,” he said. “Even with a projected increase for next year, the proportion of Roslyn’s budget that is funded by state aid will only be about 5 percent. The state’s failure to fund schools at an adequate level, while continually adding unfunded mandates, places an additional burden on local taxpayers year after year.”

“I am not a supporter of school rankings, as parents and other residents know from my previous statements on this subject,” he added. “Individual schools are too distinct and complex to be compared meaningfully in this way. We strive for excellence every day, and are pleased to be recognized for it. But numerical comparisons among schools are misleading and unhelpful, even when Roslyn is ranked highly.”