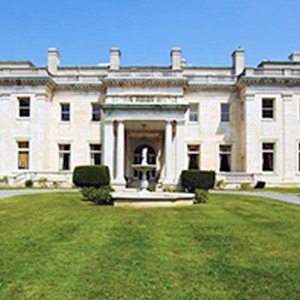 The Roslyn Landmark Society will continue its monthly lecture series with a presentation by historian and noted author, Monica Randall on her book, Winfield: Living in the Shadows of the Woolworths.

The lecture will take place on Wednesday, March 19 at 7:45 p.m. at the Atria of Roslyn on 99 Landing Road. The lecture is free to the public and includes a dessert reception afterwards.

During 1915, five-and-dime magnate F.W. Woolworth hired noted architect C. P. H. Gilbert to design Winfield. Completed in 1917, the Italian Renaissance style masterpiece is replete with walls and pillars of marble and has been considered one of the grandest manor homes on Long Island’s Gold Coast.

Yet, it’s not the splendid architecture that Randall will highlight in her lecture, but the otherworldly occurrences that brings a new perspective to the estate. Randall’s lecture, based on her exhaustive research and countless interviews includes stunning photography, will reveal stories of the Woolworths’ sad past.

After the Woolworths departed Winfield, the house sat empty for years and was eventually purchased in 1929 by Richard Reynolds, a nephew of tobacco king, R. J. Reynolds. The house then became Grace Downs Academy, a charm school for young ladies.

Winfield was then closed and auctioned off. At the auction, Randall met a mysterious European businessman, who bought the house. After a whirlwind romance, they were engaged and Monica moved in to Winfield, only to have her suspicions confirmed; Winfield was haunted.

Amid the magnificent gilded carvings and marble lies a labyrinth of secret passageways, hidden chambers and deserted tunnels, which reveal the true nature of its eccentric builder. Randall will also discuss the tragic suicide of Edna Woolworth (Barbara Hutton’s mother), Woolworth’s obsession with Napoleon and the Egyptian occult and the rumors surrounding the unsolved fire, which burnt the first Winfield to the ground.

Monica Randall grew up on the Gold Coast and has long been fascinated by the massive estates and their tantalizing stories.

In addition to Winfield, she authored Mansions of Long Islands Gold Coast (Rizzoli International, 2004) and Phantoms of the Hudson Valley (Overlook Press, 1997). She also represents the largest selection of Gold Coast Mansions and served as location scout for The Godfather, Age of Innocence, Sabrina and the movie adaptation of the celebrated F. Scott Fitzgerald novel, The Great Gatsby.

— Submitted by the Roslyn Landmark Society