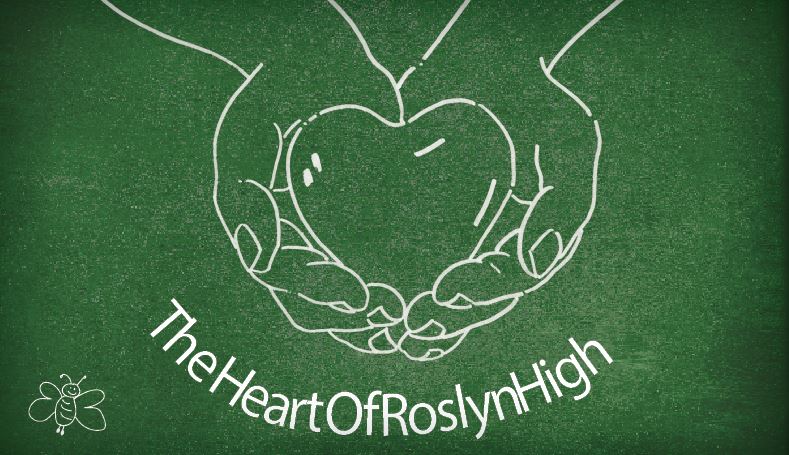 “The service you do for others is the rent you pay for the time you spend on earth.”

These are the words of Muhammad Ali, a man who did more than just play sports. He was a leading force in activism and philanthropy, helping people of all backgrounds overcome their own disadvantages. Ali is an inspiration for many generations of people who look to make the world a better place.

His powerful words also sit on the web page of the Roslyn High School community service program. In 1994, the Roslyn Public School District’s board of education instituted a community service requirement, mandating that all Roslyn High School students complete 40 hours of field work. Jay Pilnick, an assistant principal at the high school, has served as the coordinator of the program for the last 23 years.

“Our kids usually average 160 to 200 hours [of community service],” says Pilnick. “It’s really become less of a graduation obligation and more something that kids enjoy doing that has become part of our culture. A lot of them start their hours the day after they graduate middle school. They start doing stuff from that summer all the way to their [high school] graduation year.”

The idea of installing the program came from the superintendent of the district at the time, stating that implementing a program like this could be a valuable learning experience for students. Giving back to the community is something the district both preaches and participates in, so it is easy for students to kick-start a new initiative.

“It was introduced to the kids as just another thing that they had to do,” says Pilnick of the pilot program. “Nowadays, it’s a natural thing; they all do it. I encourage them to find activities that they enjoy instead of doing it just as a requirement.” 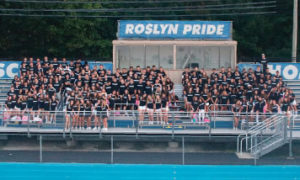 The program allows for a wide variety of work such as working for local temples or churches or helping out at local hospitals. Even giving back to the school is considered part of fulfilling that requirement. Once completed, students input their hours online so that the school knows they have been busy doing this work.

“There’s a million things kids can do,” says Pilnick. “It has to be at a nonprofit organization, obviously. You can’t work at a McDonald’s and say ‘don’t pay me’ or work at a private doctor’s or lawyer’s office. But as long as it fits under a nonprofit agency, they can do it.”

In addition to working for outside organizations, the high school hosts its fair share of events that could count towards community service. One of the biggest events is the Roslyn High School Charity Benefit Fashion Show, which is held every January. The event raises more than $20,000 per year for local agencies.

“We take care of our own through that,” says Pilnick of the event. “The kids are working on this show from the start of the school year up until the performance in January. They are learning dance routines and do separate programs that raise funds for it. We get almost over 700 people to that event.”

But charitable events go beyond the fashion show. The school has more than 50 clubs and after school programs, with every single one of them having some sort of fundraiser that is meant to raise money for charity. The School Students for Social Responsibility (SSSR), for example, holds annual food, clothing and eyeglass drives for people in need. And The Gay-Straight Alliance recently donated more than 1,100 pairs of socks to an LGBTQ+ shelter. 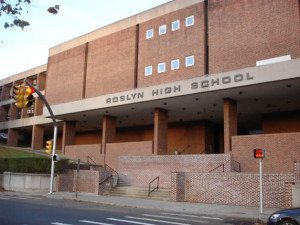 In March, the student government held its “Clash of the Classes,” a collection of competitions between the grades. Among the more beneficial battles in the event is a canned food drive where the students compete to see which class collects the most cans for charity. All of the donations were given to a local agency.

“There’s so many things that go on in our building almost every day,” says Pilnick. “It’s crazy how much fundraising goes on.”

Students and their organizations who are interested in starting an event as part of the community service program must go through Pilnick for approval. However, because of how invested the students are in doing this work, Pilnick has had to turn down some ideas.

“Every week a student comes up with another event they want to run,” says Pilnick. “There is only so much we can do, but every single club runs something as well.” 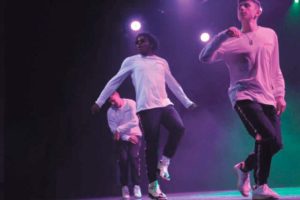 Pilnick often encourages students to focus their charitable endeavors on the local community, such as the Concerned Citizens of Roslyn Youth and the Roslyn High School Scholarship Fund. The school also donates to local families who are in need of assistance.

“I feel like, with a district like Roslyn, our kids are very lucky to be in the environment they live in, especially with the kind of education they get at our school,” notes Pilnick. “We’re a very caring and nurturing school. It’s important for students to understand to give back to the community that has been so good to them.”

Pilnick says that it is extremely rare to have a student not complete his or her hours as the entire school has embraced this giving culture. He hopes that any student that walks through Roslyn High School and participates actively in this program continues their kind ways beyond high school.

“You are talking to the most involved, proudest administrator in that building,” says Pilnick. “Our kids are amazing. They do amazing things every year, and a bunch do something I never thought they could do. I am always impressed. We have an amazing group of students in our building.”

For more information on the community service program and the work that Roslyn High School does, visit roslynschools.org.