The Jolly Fisherman remains a Roslyn staple for fresh seafood 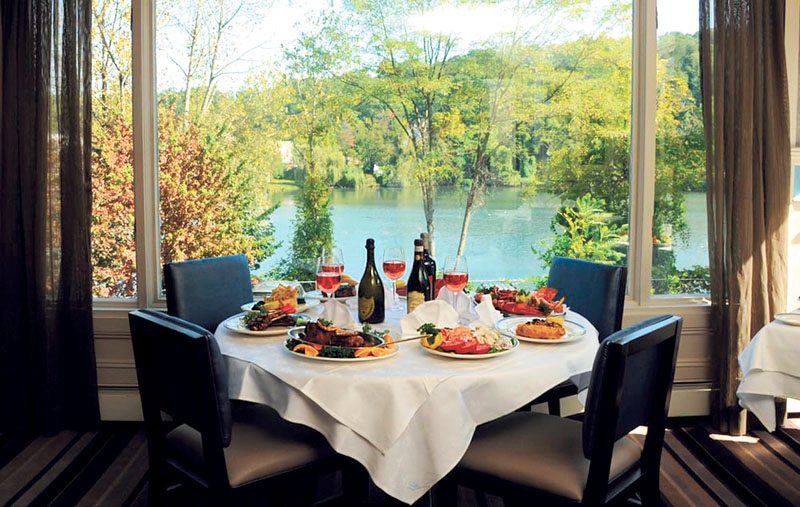 In a village filled with famous landmarks and historic buildings, one of the most well-known sights in Roslyn is a simple white sign that hangs from a charming, but innocuous, brick building. Inscribed on the sign is the name of the oldest restaurant in town, The Jolly Fisherman & Steak House, a staple on Main Street since 1957.

“We have plenty of history,” says Steven Scheiner, owner and chef of The Jolly Fisherman, whose father bought the restaurant in 1957 and has been owned by the family ever since. Even the exterior of the restaurant has remained relatively the same, which Scheiner says is part of being in the village’s picturesque landscape.

Although the restaurant’s roots in the past are deep, after 60 years of being in the business, the main goal of the Scheiner family now is to keep up with and focus on the present. With the exterior an homage to the past and a renovated interior a picture of the present, the menu is a charming mixture of nostalgia and contemporary cuisine.

“[Our] bottom line philosophy is that our food is very straightforward: we rely on fresh ingredients, prepared to order,” Scheiner says, scoffing at the strange ingredients chefs sometimes use to make fancy dishes. “We take food that everyone has heard of and make it the right way.” 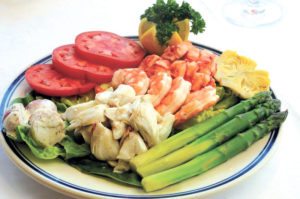 It’s true that their menu is simple; with appetizers, clams and oysters, salads and soups, vegetables and sides, lobster, steak, fin and shell fish, and fried seafood, the meals are basic, with an emphasis on the freshness of the catch.

“We stick to the tried and true and what people have always loved, and these days I think it’s harder to find that,” Scheiner says. The Jolly Fisherman’s specialties include some of their patrons’ favorite dishes, including the Pan-Seared Chilean Sea Bass over spinach, crispy leeks and roasted garlic sauce, and their Macadamia Nut-Crusted Salmon, served with a golden banana fritter.

And yet, their favorite–and most famous dish of all–is their homemade banana cream pie for dessert, which has been sold in the restaurant since the beginning and, Scheiner says, 20 years before that, when his grandfather sold it.

The ability to evolve is not just a characteristic of the restaurant’s design and cuisine, but also of its owner, who not only maintained ownership after his father, but became its chef.
“I went to college and didn’t find anything that pulled me into a different direction, so my father requested I work with him,” says Scheiner.

The restaurant’s chef de cuisine, Alonzo, whom Scheiner explains does the “nuts and bolts of the every day,” has been at The Jolly Fisherman for 33 years.

The Jolly Fisherman & Steak House remains an important part of Roslyn’s history and future, and the Scheiner family understands the restaurant’s longevity is a culmination of respecting what’s always worked in the past while adapting to the needs of patrons in the present.