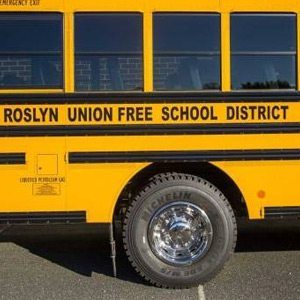 Assistant to the Superintendent for Administration & Special Projects, Kevin Carpenter gave a preview of the facilities update at Thursday night’s Roslyn School Board meeting. The facilities work will be done through monies in the Capital Reserve Fund that was approved by a handsome margin by voters in the May 20 elections.

“We are dealing with a lot of construction issues in the district that will be addressed through this fund,” said Carpenter.

Carpenter made it clear that the money for these facility related projects is not part of the bond that was approved recently and that work in that area is not scheduled to start until next summer.

“The bond work which went out to bid on (Tuesday, June 10) and will cover some of the major projects in the district, will take a while to get together,” said Carpenter. “It needs to go through the design and approval stages, and once work begins next summer will take three to four years to complete.”

One of the foremost projects that will be completed through the Capital Reserve Fund is enhancing school security by making 360 classroom doors outfitted with door handles instead of knobs. The doors will be made handicap accessible and the handles will help in making the doors a better means of egress in case of an emergency. The fire alarm system in each of the schools will also be updated in order to enhance security.

Other work that is planned includes fence work around the schools and repairing and resurfacing the track at Roslyn High School including a soft spot on its surface.

“We also are going to look into putting another opening in the stairwell near the main office in the Roslyn Middle School due to the congestion and traffic in that stairwell during the school day,” said Carpenter.

Some of the major projects included in the bond is the relocation of the bus garage, a new gymnasium at the high school and a renovation to the front exterior of the high school. New floor tiles and lighting and an upgrade to the school district’s electrical system will also be part of the bond work.

In addition, the Harbor Hill School will have a multi-purpose room added and a complete renovation of its parking lot. 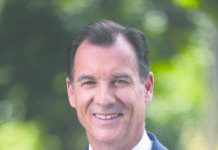