On April 19, 1921, the world was recovering from the last pandemic, and the sixth child of Sarah and Moshe Rosenzweig was born in an apartment over a shop at 58 Post Schtrasse in Cologne, Germany. On April 19, 2021, Jaiden Berger interviewed this baby as the main event for the Roslyn chapter of the Students Supporting Israel (SSI) club.

Esther Rosenzweig Kosiner celebrated her 100th birthday by telling the incredible story of her life over Zoom led by her proud great-grandson Jaiden Berger, a sophomore at Roslyn High School. He began by explaining that he and all family and friends affectionately call her “Ima” (mother in Hebrew). With more than 100 attendees tuning in, Esther relived her childhood in Nazi Germany, caring for soldiers in the Israel Independence war and moving to Long Island to be with family that survived Auschwitz.

She began a happy childhood with her Polish immigrant family. Over the next 12 years, life became more and more difficult for her Jewish family. By 1933, life was so bad that Sara and Moshe had her interviewed by the founder of Haddassah, Henrietta Szold, with plans to be smuggled out of Germany on the Kinder Transport with other Jewish children without their parents. At the last minute, her parents got legal papers and they all fled to Palestine together. Her dad literally built the streets from sand in the future Israel. As a young lady, Esther worked in a Matza factory, cleaned houses and was an apprentice at a very elegant dress factory. Then one day she went to a party with one guy but left with a different guy. He was a very handsome man, trained as a tailor, soon to be a plumber: Ziggy Kosiner. At the age of 19, they were married.

The Israel Independence war broke out in 1948. With a four year old daughter, Noemi, holding onto her skirt, she ran to bomb shelters in between cooking for soldiers, chopping vegetables for Israeli salad and was a nurse caring for wounded soldiers coming back from the front. Ima danced the hora in the street when Israel became independent and later won the war, with the help of her brave husband who was an Army officer. In 1952, a letter arrived from Long Beach, New York in far away America. It was from Siggy’s brother, his only family member to survive the Holocaust. They left Ima’s family and immigrated to America.

Speaking Yiddish, German and Hebrew, Ima set out to learn a fourth language—English. Life in America was not easy and they had to work very hard. They brought two kids from Israel and then had another in New York.

In 1978, they moved to Florida and were finally able to live a retired life of leisure. Somehow without Facebook, Instagram, texting or cell phones, Esther stayed in touch with and continues to talk on the phone or get together with her girlfriend from nursery school, her friends from Cologne, couples from Israel, Long Beach, Florida. The circle always got bigger.

Eventually Ima moved back to New York to the Atria—making even more friends and then moved in with her daughter in Melville. She has three children, six grandkids and four great-grandkids including Jaiden. There is something about this tiny lady. She is 100 years old, which of course is special in itself. But that’s not what draws everyone to her. She is a mother, grandmother, great grandmother, aunt, cousin. But that’s not why she is so revered. The reason she is so adored by all around her is this inner warmth. Ima exudes love. This love was on display in this wonderful event celebrating the first 100 years of this incredible lady. 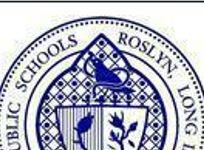 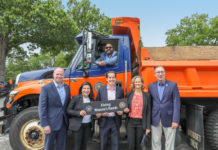 More Green For The Black 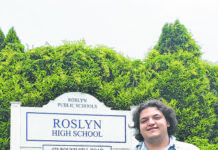 More Green For The Black

Three Local Residents Honored For Their Support Against Alzheimer’s