State agencies continue to make progress on the cleanup process at the Clocktower site, located at 45 Lumber Rd., where the village hopes to construct residential units. 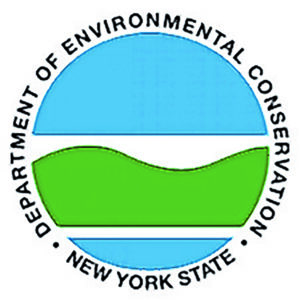 This decision, state officials said, is based on the nature of the existing contaminants identified at the site; the potential for off-site migration of contaminants in the groundwater; and the potential for human exposure to site-related contaminants via soil vapors.
State officials added that the proposed unrestricted use remedy consists of:
• Excavation and off-site disposal
of contaminated soil to a depth of three feet below grade across the majority of the site, and up to eight
feet below grade in the location of former gasoline underground storage tanks (USTs) and other areas exceeding the Soil Cleanup Objectives (SCOs);
• Treatment of contaminated groundwater through enhanced aerobic biodegradation or other methods in the location of the former gasoline USTs and adjacent areas as needed;
• Implementing a Health and Safety Plan and Community Air Monitoring Plan (CAMP) during all ground intrusive activities;
• Collect and analyze excavation end-point soil samples and post-remedial groundwater samples to evaluate the effectiveness of the remedy;
• Importing clean material that meets the established unrestricted SCOs for use as backfill;
• If an unrestricted use cleanup is not achieved, placement of a cover system, including a demarcation layer over areas without hardscape (buildings, asphalt, or concrete) to address contamination remaining above unrestricted use soil cleanup objectives.
The proposed remedy was developed by Lumber Road Roslyn, LLC, after performing a detailed investigation of the site under New York’s Brownfield Cleanup Program (BCP).
After the Feb. 6 deadline, the NYSDEC will consider public comments, revise the cleanup plan as necessary, and issue a final Decision Document.
After approval, the proposed remedy becomes the selected remedy, state officials said. The applicant may then design and perform the cleanup action to address the site contamination, with oversight by NYSDEC and NYSDOH.
NYSDEC will keep the public informed throughout the investigation and cleanup of the site.
The site, as noted, is located at 45 Lumber Road, Roslyn, and is identified as Section 6, Block 53, Lot 1031 on the Nassau County Tax Map. The site is approximately 1.26 acres in area. A single-story 5,720-square foot commercial building and garage was located on the western portion of the property prior to its demolition in June 2022.
Underground gasoline storage tanks were located on the south end of the site and were removed in 1998. The remainder of the property includes asphalt paved parking areas and some vegetation. Hempstead Harbor borders the property beyond the bulkhead
to the east.
The planned site redevelopment is for the construction of one four-story 65,000-square-foot apartment building located on the east side of the site.
The ground floor will be used for storage, a business center, lounge, and utilities. The second, third and fourth stories will be used for residential
apartments. A parking area will be located to the west of the building.
The anticipated cleanup standard is unrestricted use, which allows residential use. Additional site details, including environmental and health assessment summaries, are available on NYSDEC’s Environmental Site Remediation Database (by entering the site ID, C130246) at: https://www.dec.ny.gov/cfmx/extapps/derexternal/index.cfm?pageid=3
“The summary of the investigation concluded that volatile organic compounds (VOCs), semi-volatile organic compounds (SVOCs), pesticides, and metals were found in surface and subsurface soils at concentrations in the same range as soil cleanup objectives,”
a state report claimed.
Roslyn area residents may access the project documents online through the DECinfo Locator: https://www.dec.ny.gov/data/DecDocs/C130246/. • Documents also are available at the location(s) identified at left under “Where to Find Information.”
Submit comments to the NYSDEC project manager listed under Project-Related Questions in the “Who to Contact” area at left.
—Information courtesy of the New York State Department of Environmental Conservation (NYSDEC)