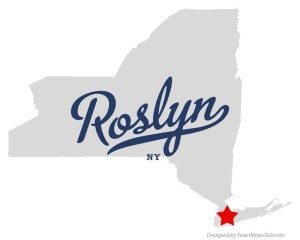 The honor was given in the name of The Prudential Spirit of Community award, a nationwide program that honors young people for outstanding works of volunteerism. Jaslow was nominated by Roslyn High School, where he currently is a senior. He was one of the two New Yorkers who received the honor. Joining him was Jake Gallin of New Rochelle.

Jaslow co-founded a charity that has raised more than $300,000 over the past four years to find a cure for cancer and to ease the burdens of families afflicted by the disease. In his young life, Jaslow has learned all too well such afflictions. His mother was diagnosed with breast cancer in 2001, his uncle died from pancreatic cancer in 2007 and his grandfather has battled gall bladder cancer.

“I knew I needed to take action to prevent other families from suffering these same tragedies,” Jaslow said. The Roslyn resident began participating in annual fundraising walks to support cancer charities. However, he also learned that such monies often went to organizational overhead.

Jaslow knew he needed to take a different approach. So he and his mother formed a charity that delivers donations directly to critical research work and to families struggling with cancer. Mother and son started a nonprofit organization, “Go With Courage, Inc.” In the past several years, the nonprofit has hosted a series of fundraisers that typically drawn up to 300 supporters. Jaslow is responsible for planning duties at these events. He has selected locations, created invitations, promoted attendance through social media and mass email marketing and sold sponsorship and advertising. Jaslow has also conducted toy drives and has delivered meals.

“I have learned through personal experience that life can unexpectedly shatter the innocence you once enjoyed,” he observed. “It is what you do next that defines you. I chose to take a stand.”

As a state honoree, Jaslow will receive $1,000, an engraved silver medallion and an all-expense paid trip in early May to Washington, DC, where he will join other honorees.