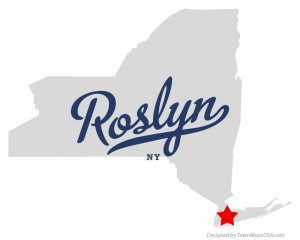 It was a big week for the Roslyn High School girls’ softball team.

The three wins left Roslyn, at press time, with a 12-4 record, second in conference play to East Rockaway.

In the South Side blowout, Julia Epprecht and Sophie Radutzky were the hitting stars, with Epprecht going three for four with four runs batted in and Radutzky having a career game, going four for five with seven RBIs. Megha Schmalzie and Nicole Lang teamed up for the win.

The next day, Lang was her usual superlative self on the pitching mound as Roslyn edged past Valley Stream North, 5-4. Hannah Schilderout and Kate Kozuch were the hitting stars as Roslyn battled back on the road from a three-run deficit. In the sixth inning, Roslyn rebounded from a 4-1 to tie and take the lead. Schilderout had a big two-run single to tie the score, while Kozuch followed with her own clutch hit to give Roslyn the 5-4 lead it would never relinquish.

The Roslyn juggernaut was on full display in the regular season finale against West Hempstead. Kate Kozuch, Megha Schmalzie and Julia Saltzman all homered in the 15-3 win. Nicole Lang spun another win, striking our four batters.

This Wednesday, May 13, Roslyn will travel to Westbury to play Clarke High School for a 4 p.m. road game, as the playoff season gets underway.

Meanwhile, the boys’ tennis team continued to improve upon their winning season with 4-3 home win over Manhasset. The doubles team of Jeremy Kaplan and Eric Irom won a decisive match as Roslyn improved to a 7-4 record.

Now that the regular season is over, The Roslyn News welcomes any news from the parents of these fine athletes, especially those who have enjoyed standout years. Don’t be shy. We enjoy writing about these student athletes. Contact Joe Scotchie at 516-747-8282 or email at jscotchie@antonmediagroup.com.