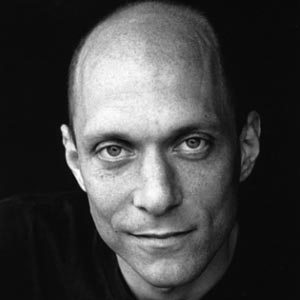 Such famous authors as John Grisham and Scott Turow may have created the image of the attorney as a best-selling author, but Roslyn native Cameron Stracher has carried on that new tradition. A product of the Roslyn public school system, Stracher is a graduate of the world-famous Harvard Law School and also the equally renowned M.F.A. creative writing program at the University of Iowa.

In both cases, the education has reaped many benefits. A former counsel for CBS, Stracher currently has his own practice, while also teaching law a New York Law School.

On the publishing side, Stracher has been successful, also. As is often the case, the distance gained from Roslyn by being in far-off Iowa helped Stracher write about his hometown. The result was his first novel, Laws Of Return, published in 1994.

From there, Stracher has proved to be a versatile author, writing memoirs of both legal life and family life, a novel for young adults and most recently, a book about such famed long distance runners as Frank Shorter, Bill Rodgers and Alberto Salazar. The latter is a subject that Stracher is well acquainted with as he, too, is an accomplished runner. In 1999, for instance, he finished first in the 20th annual Darien (CT) 10K Road Race, besting a field that included up to 250 runners.
A man of words who as with any dedicated author is at the writing table every day, Stracher can tell his Roslyn story better than anyone. And that is what follows in the below paragraphs.

“I was born and raised in Roslyn, and my parents lived there for fifty-one years,” he told The Roslyn News. “I went to Roslyn Highlands kindergarten, East Hills elementary school, Roslyn Junior High School and Roslyn High School. When I graduated in 1979, I happily fled the suburbs for the bucolic town of Amherst, Massachusetts where I attended Amherst College. I had no love for the cars and shopping malls of Long Island, and when I left I was desperate to reinvent myself in a more bohemian light.

“My travels took me to Harvard Law School and then eventually the Writer’s Workshop at the University of Iowa, where my childhood in Roslyn became a subject for my first novel, The Laws of Return, published by William Morrow in 1994. In writing that book, I began to see my Roslyn years through the lens of the friendships I had made there and the lessons I had learned.

Distanced somewhat from those years, I found myself reconnecting with the group of friends I had made in high school. By the time I returned with my wife to New York City and began practicing law, my closest friends were from Roslyn, although they had also been scattered across the country. Yet we managed to find each other in different cities and on opposite coasts with regularity, gathering for a barbecue or a vacation, creating new bonds in a virtual town we called ‘New Roslyn.’

“Over the next two decades I would raise a family and move to the suburbs myself. Westport, Connecticut wasn’t Roslyn, but it wasn’t that different, either. I published two memoirs, Double Billing: A Young Lawyer’s Tale of Greed, Sex, Lies, and the Pursuit of a Swivel Chair and Dinner with Dad: How I Found My Way Back to the Family Table, a young adult novel, The Water Wars, and most recently, my first work of journalism, Kings of the Road: How Frank Shorter, Bill Rodgers, and Alberto Salazar Made Running Go Boom. I continued to write every day while practicing and developing my media law practice. Right now I have two new books in progress – a young adult novel and a comic novel about law school – and a vibrant legal practice with clients like Star magazine, the producers of Dog the Bounty Hunter, and Al Roker Entertainment.
“In March 2013, my parents sold their house in Roslyn,” Stracher concludes on a melancholy note. “On May 8, my father died after a two year battle with leukemia. It was not unexpected, but it was heartbreaking nevertheless. At his funeral, my Roslyn friends gathered, offering condolences by their mere presence. And in their arms I wept.”