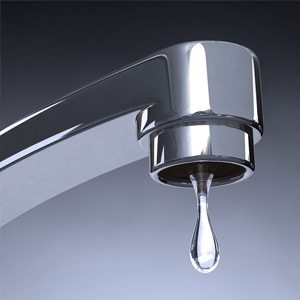 The Roslyn Water District, at its latest meeting, came out swinging with a tidal wave of facts, figures and other information. This was presented to the audience of 200 residents primarily in the form of a PowerPoint presentation.

Richard Passariello, the district’s superintendent, came to the floor and asked, “What is the greatest threat to the integrity and well-being of a public water system?”

Answers from the audience, which had gathered in the Village of East Hills theater, included “overuse” and “roots from plants and trees extending into and interfering with the system.” Another answer suggested that an increase of residential and commercial building could be the biggest threat.

According to Passariello, the answers were all incorrect. He said that the greatest threat to a water system is a lack of appropriate, sufficient water pressure. This can be caused by a lowering of supply due to wells being closed down and taken off the system, extremely hot summers leading residents to overuse irrigation systems.

In September 2013, the Nassau County Health Department notified the Roslyn Water District officials that the toxin levels of Freon22, a dangerous substance primarily used in air conditioning systems, had been moving upwards in the Diana’s Trail well. Both the county and the water district began to closely monitor this well. In November 2013, while still below the statutory toxin level limit of 5, as a precautionary measure, the district decided to close the well in November when the level reached 4.3.

The water district has eight wells, with only six being fully operational. In addition to closing this well, the well on the premises of the district’s headquarters was taken offline due to Freon contamination. Another well, that on Mineola Avenue, has shown traces of the same toxic substance and is being closely monitored.

The water district is requesting a bond issue from the Town of North Hempstead, in the amount of $20.9 million. The district has already spent over $1 million of its reserve fund in assessing and in a small way trying to ameliorate the problem.

For Diana’s Trail facility, the district plans on erecting a water stripper, where Freon toxins are removed from the water and the residue sent out via a 34 ft. high, 8 ft. wide silo-like structure. A house-like building would be built around the water stripper. That would be consistent with Roslyn Estate’s countrified, bucolic atmosphere, employing landscape architects to achieve this.

Initially, when the district anticipated a quick approval of the bond, officials stated that this facility (only the stripper, not the house), could be completed by June of 2014. That was an overly optimist goal. Now, officials are talking about perhaps having the water stripper on line by September.

Before going online, the equipment must pass two tests by the county and one by the water district.

Back in January 2013, more than a year ago, the water district was in the midst of preparing a plan to overall, repair and replace old, inefficient equipment throughout the 100-plus-year-old system.

The residents have questions about the safety of the environment caused by residue created by the Freon being released into the atmosphere. There followed a discussion into this aspect of the problem.

Mayor John Durkin of Roslyn Village said that two major questions should be answered. One concerns the cost of moving the water station from Diana’s Trail to another location such as Christopher Morley Park.

Another question is to further investigate alternative methods of cleansing the wells. He mentioned the possibility of watering lawns during the summer months on alternating days to prevent the falling of the water pressure which could cause an emergency. Drinking water would have to be boiled.

In the meantime, it remains to be seen whether the bond will be approved.