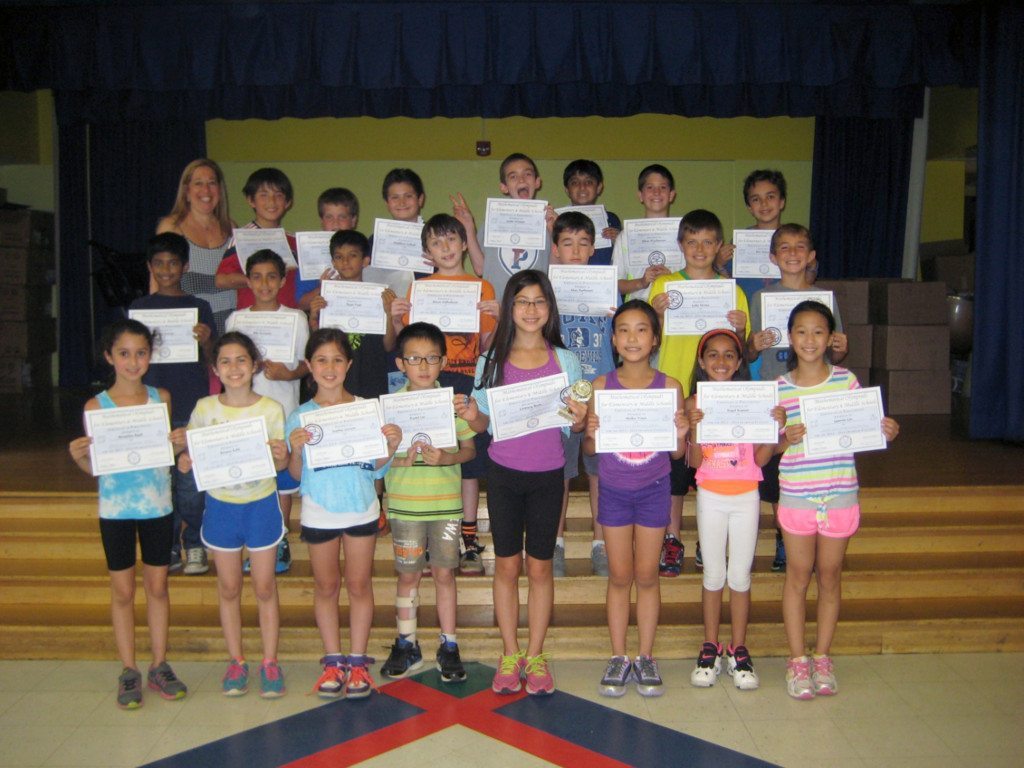 Students from the Harbor Hill School in Roslyn were among the nearly 150,000 students worldwide to participate this year in the Math Olympiad program.

They participated in five monthly contests of five problems each, from November to March, and weekly practice sessions under the supervision of Harbor Hill Computer Teacher, Amy Braunstein.

She taught the children to solve unusual and difficult problems and to think creatively.

The students responded well and were all recognized for their participation. Nine of the Mathletes won national awards for excellence within the Elementary Division for grades 4-6.

The embroidered felt patch is awarded to those in the top 50 percent of all the participants, including the following students: Lindsey Russ, Luke Weiss, Justin Mashaal, Sam Knee, Ethan Wachsman, Sophie Gerson, Justin Weisser Max Kurbanov and Daniel Liu. Lindsey Russ was also awarded the silver pin for those in the top 10 percent and a trophy for being the top scorer at Harbor Hill.

— Submitted by the
Roslyn School District