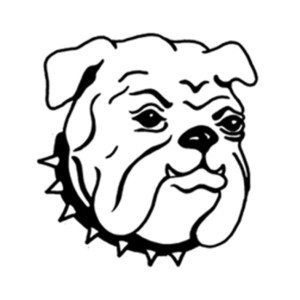 It’s a new world for Roslyn High School basketball this year, as the Bulldogs are playing teams that they haven’t seen on their schedules before.

On Dec. 12, the Bulldogs defeated archrival Jericho, 76-73 in an exciting overtime win to keep them undefeated in the 2014-15 season. Four days later, Roslyn suffered its first loss of the season, falling 66-53 in an away game at Massapequa. Keandre Augustine and Noah Nardone were the two Bulldogs scoring in double digits, while Thomas Davis added nine points.

The Bulldogs bounced back on Dec. 18 with an impressive 54-26 win over Wheatley. In that win, no less than 10 Bulldogs made it into the scoring column, with Augustine the only player in double digits with 11 points, while Brandon Abizadeh and Omar Burns had, respectively, eight and seven points each. Both Thomas Davis and Chris Duplessis scored their six points on two three-pointers each. Finally, the first half of a so-far successful season came to an end with a 57-41 defeat at the hands of Farmingdale. The last four games of the first half were all played on the road and the Bulldogs have escaped with a solid 5-2 record as they get set for Conference A-I action.

Meanwhile, the girls’ squad defeated Great Neck South, 52-51 in a Dec. 17 home game. Callie Migden, the only returning starter from last year’s playoff-bound squad, has been a bulwark all season. In the win, Migden scored 17 points and had nine rebounds. Two pressure-packed free throws by Jordan Tullman late in the game sealed the win. Tullman also scored in double digits with 14 points to go with three rebounds.

For both teams, the season will resume on Tuesday, Jan. 6, when the boys’ squad will travel to Glen Cove for a 6:30 p.m. game. On that same date, the girls’ team will play a home game also against Glen Cove and also at 6:30 p.m. Don’t forget to come out and support Roslyn’s excellent basketball program.