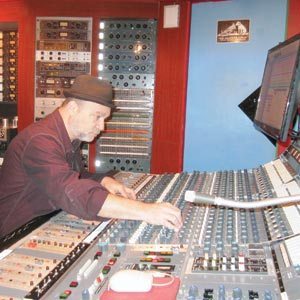 Recording a hit record is a complex and arduous task. Just ask James Sabella, the owner and producer of Sabella Recording Studio in Roslyn Heights; he has several platinum-selling albums to his credit and has elevated the process of recording music to an art form. Since forming the studio in 1980, Sabella recorded the critically-acclaimed Public Enemy album, “It Takes a Nation of Millions to Hold Us Back.” That success lead to work with Marcy Playground whose self-titled debut album included the hit-single, “Sex and Candy,” which spent 15 weeks at number one on the Billboard Modern Rock Tracks.

“I’m different in the way that I work with talent,” he said. “I approach everyone individually, but the goal is always the same; to find that hook or sound that draws in an audience. That’s challenging sometimes, but for me, it’s the only way to work.”

Another key factor in the studio’s success is the combination of today’s technology with vintage gear, most notably a Neve 8068 Console. The 32-track mixing console, purchased by renowned producer Phil Ramone, sits at the heart of the studio. The rare, English-made Neve (there’s fewer than one-hundred in the U.S.) is used by top producers to record acts from Metallica to Katy Perry. Sabella accents the Neve with Pro Tools and a collection of vintage gear. “I’ve always loved the sound of the tube amplifiers, guitars, and microphones of the 1960s,” said Sabella. “Only this equipment delivers a warm and authentic tone, so when I built this studio, I put together a collection of equipment to help recreate that sound.”

Sabella’s musical background proves helpful in developing young talent. As a teenager, he earned a scholarship to study classical guitar at the prestigious University of Venezuela, and later studied at the Julliard School of Music and Mannes College of Music. Sabella returned to his rock roots and was signed by MCA and RCA Records before making the transition to studio owner. His knowledge of what will attract a record label’s attention and the importance of presenting a finished product are keys to Sabella’s success.

“In evaluating artists, A&R executives need to envision your music on the radio or as download,” he said. “In order to achieve that, it’s critical that a song’s arrangement and production is completely professional — radio ready.”

As a result of corporate downsizing in 2000, record label deals with studios evaporated and some studios like Electric Ladyland and Sound City closed their doors. Labels were now on the look-out for unsigned talent who were “ready for radio.” Sabella changed his business model to compete in the new musical landscape and began working with and developing unsigned bands. The Sabella produced demo for Long Island’s Nine Days led to a deal with Sony 550 and the release of their album and hit-single, “Absolutely (Story of a Girl)” (number six on Billboard’s Top 100 Chart). More recently, a number of other bands were also signed to deals after their songs were produced at the studio.

In his search for new talent, Sabella regularly holds free singer-songwriter sessions to find that elusive breed of new talent. With his track-record of success in developing and getting talent signed coupled with his state-of-the-art studio, it’s no wonder that aspiring musicians reach out to Sabella Studios to create a signature sound that labels are interested in pursuing. To schedule a tour of Sabella Studios, contact 516-484-0862 or www.sabellastudios.com.