An item that was not even on the agenda drew the most comment at the Sept. 6 Town of North Hempstead Board meeting.

More surprisingly, it was for a parking lot that was given town approval in the last century.
The 1.37-acre property is at the southeast corner of I.U. Willets Road and Shelter Rock Road in Roslyn. The L-shaped building, dating back to 1912, once housed a Boy Scout building, followed by a synagogue.

The structure has sat empty for years and much of the surrounding lot was wooded.

Nassau County records indicate that the property was sold for $4.3 million in 2013.
However, work is being done now to prepare a parking lot that will fit 77 cars—what town code requires for the 8,000 square-foot structure.

The Shelter Rock Islamic Center is based in Mineola, but plans to move to its new site at 2 Shelter Rock Road. One of the “profile” pictures on its Facebook page shows the current building at its future site.

Supervisor Judi Bosworth informed attendees that the building department issued a permit for the parking lot construction in 2014.

Responding to several emails she had received, Bosworth said, “The building department does not have authority to require a smaller parking lot. The town zoning code authorizes religious buildings in a residential neighborhood, and federal law specifically requires that governments permit religious uses.”

Bosworth added, “I know that the Islamic Center will want to be a good neighbor. And they’ll be willing to hear your concerns and will accommodate them to the extent that they can.”

Mark Karten said he was a resident of the Carriage House development in Roslyn, immediately adjacent to the property. He recently became aware of the parking lot.
“It would create an immense amount of traffic and problems,” he warned. “I.U. Willets Road is only one lane in each direction and egress is not sufficient.”

Karten started a refrain that was to become familiar that evening, wondering why he had received no notice of such a significant project despite living there for 40 years.

“I feel like I’m being bamboozled here, and I know it’s a moot point and don’t know what I could do about it,” Karten said. “But I wanted to make you aware of our concerns, and hope that something could be done.”

Planning Commissioner Mike Levine said he was present in 1998.

“What I acknowledge that it’s difficult to accept—for us too—that it was 20 years ago,” Levine observed. “The site plan, approved by the town board in ’98, is in effect until or unless replaced by something else. Then we go back to square one. If [the applicant] stay within the parameters of the ’98 approval, then it has not expired.”

Levine said there was a hearing 20 years ago, and it was well attended. 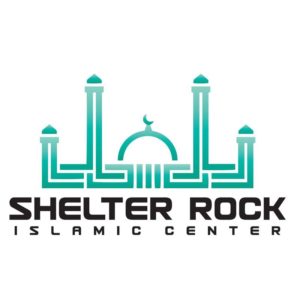 “Notices were sent out and proper procedures were followed at the time. It happened 20 years ago, so they don’t have to [give] notice now.”

Karten said he was a member of the now dissolved congregation, and “I wasn’t aware of any plans to go forward with that parking lot.”

Levine related that the parking lot was approved, but never built.

Bosworth called on Building Department Commissioner John Niewender to explain what the permitted use is.

“That building can exist,” he said. “The [town] is not in the business of telling people, ‘OK, nobody has used it. Knock it down.’ It’s not in a zombie state. A parking lot has always been a requirement of the building. The size of the parking lot is based on the occupancy of the building.”

Niewender noted that the community was used to having no activity at the site.

“We can’t answer to that,” he observed. “The building is within rights. The parking area is an accessory to the building, within rights required. Without that parking, there’d be parking all over the street.”

Peter Heller wanted proof that notices had been sent out,and Levine said the town could dig up the affidavits of mailing and receipts from ’98.

The commissioner noted that the requirements at the time was anybody residing within 200 feet of the property would receive a notice; today, the requirement is 300 feet.

Heller also warned of the consequences to the neighborhood of so many cars. He thought a traffic study—done 20 years before—should be updated.

Bosworth said, “Once the Islamic Center begins building, there would be all kinds of permit processes that would have to take place. If the building were expanded it would start a different kind of permit process. If the building is within the footprint of what’s already there, it’s going to need a tremendous amount of renovation. It will need permits and will have to comport with the town code.”