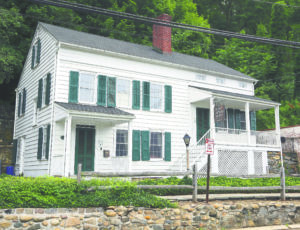 The Roslyn Landmark Society is pleased to announce the promotion of Jennifer Lister to Executive Director and the election of its officers and trustees for 2021.

Lister has worked for the Roslyn Landmark Society since 2012 serving as an administrative assistant and director. In addition to managing day-to-day activities, she has helped to generate more than $3 million in grants, awards and donations for the Roslyn Grist Mill Project and the organization. Lister is a resident of Huntington and has been in the development field for more than 10 years. Previously, she has worked for the Church and Schools of Saint Dominic in Oyster Bay and the U.S. Merchant Marine Academy Alumni Foundation in Kings Point.

“I am honored to be promoted to Executive Director,” Lister said. “I especially want to thank the board of trustees for this promotion and the continued support. Over the past year, the Roslyn Landmark Society has continued to thrive, and the Roslyn Grist Mill is on the way to restoration. Looking ahead, I plan to continue to grow the Roslyn Landmark Society and focus on the importance of historic preservation in the Village of Roslyn and surrounding community.”

The following officers have also been elected by the Board of Trustees of the Roslyn Landmark Society; Howard Kroplick (President), Jordan Fensterman (Vice President), Aviv Fine (Treasurer) and John Santos (Secretary). These officers will make up the executive committee of the organization.

President Kroplick is a registered New York State historian who continues to pursue his passion for Long Island history. From 2012-19, he was the town historian for the Town of North Hempstead and a member of the town’s Historic Landmark Preservation Commission. In 2016, he was awarded the Edmund J. Winslow Local Government Historian Award for Excellence by the Association of Public Historians of New York State, an award given to only one New York historian each year.

“It has been a real honor to serve as president over the last two years,” Kroplick said. “In 2021, I hope to grow our membership, expanding our new websiteroslynlandmarks.org and to continue our historic restoration and preservation efforts during the last year of my term.”

Vice president Fensterman is a resident of Roslyn and a practicing lawyer throughout the State of New York. He received his law degree from Hofstra University School of Law, where he served as the President of the Hofstra Health Law Society for a period of approximately two years. He is a partner in the law firm of Abrams, Fensterman, Fensterman, Eisman, Formato, Ferrara, Wolf & Carone, LLP.

“When I am not practicing law, I enjoy family time walking around the beautiful grounds at Cedarmere, the historic areas near Silver Lake and the Roslyn Grist Mill—the epicenter of many of the Roslyn Landmark Society’s projects,” Fensterman said. “I look forward to serving as vice president in 2021.”

Treasurer Fine is a Roslyn resident with a passion for history, preservation and restoration.

“It is an absolute thrill and pleasure to get the opportunity to work with my esteemed peers at the Roslyn Landmark Society,” Fine said. “I look forward to utilizing my experience of 20 years as a real estate entrepreneur, landlord and developer to augment and assist the Roslyn Landmark Society in preserving and restoring the historic properties in our beautiful community.”

Secretary Santos is a 30-year resident of Roslyn Village who instantly fell in love with life in the village. He owns Island Contracting and has restored more than 30 historic buildings in the village. He has personally purchased and restored more than 15 historic buildings. He lives in the former home of Roger and Peggy Gerry and is currently restoring it.

“As a long-time member of the Roslyn Landmark Society, I hope to use my knowledge and expertise to assist the Society and Village of Roslyn,” Santos said.

The Roslyn Landmark Society encourages any member interested in joining the board of trustees to contact Jennifer Lister at rlsinfo@optonline.nrt or call 516-625-4363. Visit www.roslynlandmarks.org to learn more about the organization and more than 160 historic properties in the community.

—Submitted by the Roslyn Landmark Society