The Roslyn Board of Trustees conducted a virtual public hearing on Sept. 15 to hear ongoing revisions to site plans for the proposed apartment complex at 45 Lumber Rd. Following the board’s July 21 hearing, the applicant addressed previous concerns regarding water and sewage systems, traffic and the impact on the school district.

After the applicant submitted revised supporting documents for the proposal on Aug. 14, the board found many of these concerns resolved.

Deputy Mayor Marshall Bernstein shared the results of a full Environmental Assessment Form, which found that the project posed no identifiable potential impacts on the environment. The Nassau County Planning Department gave the proposal the green light with the strong suggestion that Roslyn adopt a new policy in affordable housing in connection with new rental or housing projects. This policy would mandate 20 percent of rental units within a complex be set aside for affordable housing for low- and moderate-income families. New York State law mandates a 10 percent minimum. The applicant agreed to this condition.

The applicant shared that, verbally, Nassau County confirmed there is adequate capacity to handle water and sewage on this property. A written letter of approval from the county has been drafted and is awaiting final confirmation from the village pump station before it is submitted to the board.

No new construction of pipelines will be necessary, as the project will operate on the current existing system in place on the property, according to the applicant’s representative, Thomas Pantelis.

The board shared no further concerns and Bernstein turned the floor to public comment, opening with remarks from attorney Carrie Anne Tondo of the Hauppauge-based Ingerman Smith LLP, representing the Roslyn School District.

“Amid growing concerns, at this time the district opposes this application,” Tondo said. She stated the preliminary analysis of the proposal if approved in its current state revealed the addition of at least 16 new students. This number, she said, is at odds with the projected cost of new students expected from this project, exceeding the listed $5,000 per student at the cost of the taxpayer.

Tondo stated prolonged studies show “enrollment is on the rise in the district,” growing to 144 in the next five years without the addition of new or expanded housing projects.
Pantelis shared information which contested Tondo’s claim. A May 2019 study conducted by the Real Estate Institute at Stony Brook University College of Business analyzed the impact of market rate apartments similar to the Lumber Road project on school district enrollment across Long Island.

The study found that in the last 15 years, the greatest number of students produced from these apartments in any one year averaged to 313, or less than one student per 11 units.

This, the applicant argued, anticipates only three to four new student-aged residents to come from the proposed units.

Tondo “respectfully disagreed,” arguing that the data from the 2019 study did not include factors presented by the COVID-19 pandemic. Tondo argued that the independent study ordered by the school district, performed by a professional demographer specializing in enrollment studies, better reflects the current reality which yields an anticipated 16 new students.

“What if your study is wrong, and ours is right? Who pays the price, the taxpayers?” Tondo said.

To conclude the hearing, Bernstein shared a resolution written by Mayor John Durkin, who could not attend. Durkin shared his support and overall approval for the project, and thanked the applicant for making sure all factors of the project were in order. Regarding the concerns with the school districts, Durkin stated that the Village of Roslyn would not bar any children from receiving an education in their district. He pointed out that because of the 20 percent affordable housing units mandate, the anticipated new students could potentially come from a low socioeconomic standing, and he did not agree with the school district’s stance on excluding those children from the education system.

“It does not align with the vision or values of our community,” he wrote.

The board will continue to review newly-added information and follow updates on the project’s progression to discuss at the next meeting. The Board of Trustees will reconvene on Tuesday, Oct. 21 via Zoom.

—Jada Butler is a contributing writer for Anton Media Group 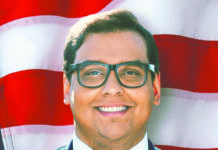 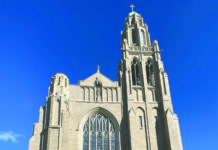 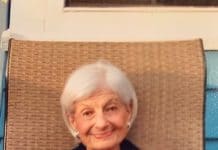 All Kids Fair Will Now Be Virtual