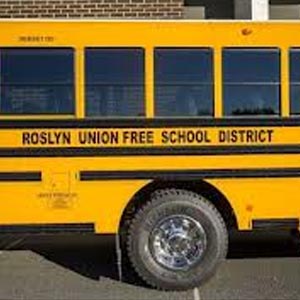 The preliminary budget for a bond referendum continues to dominate discussions at Roslyn School District board of education meetings.

At the Dec. 5 meeting, many line items were examined for each of the schools, although a proposed 2,000 square-foot Multi-Purpose Room for the Harbor Hill School took precedence early on and held the board’s attention for much of the lengthy meeting.

“There is a certain vibrance in this building that is something to be proud of,” Dr. Brenner said of a recent walk through the high school. “We are pretty lucky.”

Dr. Brenner had met with architect Erik Kaeyer previously to eliminate some items from the budget and create a spending cap of around $40 million. Many of these eliminations came in the form of proposed gyms for the high school and Harbor Hill School as well as a new stage and bleachers for Harbor Hill. Dr. Brenner suggested a possible solution would be to trade an estimated $1 million in spending for Harbor Hill’s new stage and put it towards the 2,000 sq. ft. multi-purpose room.

“Could we better use a million dollars than on a stage?” Kaeyer posited. In theory, the proposed room could accommodate any activities that the new stage would be utilized for, and more.

The proposed size of 2,000 sq. ft. is based on the estimate that every person in the room would occupy about 15 sq. ft., and this would allow for 100-125 students or approximately one grade level to all be in the room at once.

Such a room would allow an assembly or activity such as picture day to take place without taking up space in the gym and disrupting classes there. Ben-Levy also noted that the room could be utilized as extra space for indoor recess, so long as the construction and placement of the room wouldn’t cut into preexisting outside recess space.

Trustee Bruce Valauri observed that it would be beneficial to build the room a little bigger to allow for parents to attend events along with their students. “Let’s make it more than adequate,” he suggested. The board was receptive to the idea of increasing the room to 2,400 sq. ft. and raising construction costs and potentially breaking their $40 million budget limit.

Kaeyer observed that once the school’s administrators had been contacted about the room the board would be able to determine exactly what types of activities would go on in it and then be able to build it tailor made to them.

One other subject of discussion was removing locker room renovations for the high school from the budget and bringing back the proposed new gymnasium Dr. Brenner had previously eliminated. The locker room costs were estimated at $1,030,999 while the gym is expected to cost about $2,500,000.

Because of this change in the budget, along with the suggestion that the Harbor Hill Multi-Purpose Room be expanded in size, the board agreed to be flexible on their $40 million spending cap.
The bond referendum budget also allows for spending on things as diverse as upgraded security, parking lot repavement, new hardware, and air conditioning units for the five schools.

The construction of a new bus garage, an urgent concern for the district, was not touched in the budget tweaking. The work is estimated to cost $3,162,723. Dr. Brenner said this project does have priority as the current bus garage is in a “state of serious disrepair and no longer meets the maintenance requirements of the district’s bus fleet.”