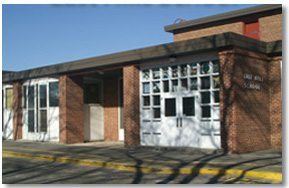 Changes are coming to the Roslyn School District. That was the message of the May 19 vote as residents in the district approved ambitious capital improvement referendums as part of the overall budget and board of election votes.

Proposition 5, which authorizes a $1.3 million expenditure from the 2011 Capital Reserve Fund for additional parking and field reconfiguration at both Roslyn High School and East Hills School passed by a landslide, 663-187 margin.

In addition, Proposition 4, which authorizes the establishment of a new Capital Reserve Fund for long-term capital expenses, was approved by an equally lopsided 717-217 tally.

A less ambitious ballot proposal, Proposition 3, passed by a 711-218 margin. That proposition would authorize the lease/purchase of two large school buses and three vans.

Both the school and library budgets for 2015-126 were approved. The $103,851,841 school district budget, according to school district officials, represents an increase of 1.09 percent over the current year. The projected tax levy will rise 0.93 percent. Over the last seven years, the school tax levy, district officials said, has risen an average of 1.24 percent per year. The budget passed by a 741-207 margin. The Bryant Library budget passed by an equally comfortable 736-208 margin.

“I’m very happy,” said Haber on his re-election victory.”I’m gratified that the community appreciates the hard work its board does.”

Looking to the future, Haber said he hopes to help build on maintaining “one of the most efficient and fiscally prudent and highest quality school districts on Long Island.”

“It is an honor and a privilege to be re-elected to serve the Roslyn community on the board of education,” added David Dubner, the top vote-getter. “I will continue to advocate for strong schools and student achievement in a fiscally responsible manner. Key focus areas for the upcoming year include oversight of our capital improvement program and a seamless superintendent transition.”

In the weeks and months leading up to the vote, district officials claimed that the vote on Proposition 5 was precipitated by the termination of the district’s lease of the Roslyn Annex at the end of the current school year. The proposition, as noted, would accommodate additional exterior space for both Roslyn High School and East Hills School. District officials also said the project would result in no additional cost to taxpayers.

“Essentially, this is the equivalent of opening a new bank account so that we can begin to replenish our reserves,” district officials said in a letter to residents. “If approved, there would be no additional cost to taxpayers.”

School district officials said that construction is tentatively scheduled to begin in the summer of 2016. In the meantime, the district must receive state approval on certain variances, while also going through the bidding process.