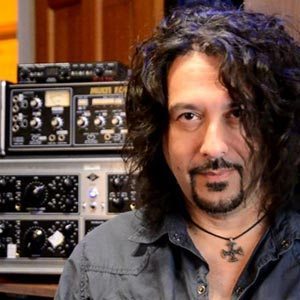 In recent decades, Oyster Bay’s Mort Kunstler has emerged as America’s most renowned historical artist with his numerous vivid artworks, especially concerning the drama of the Civil War drawing a large, nationwide audience. A Roslyn Heights artist, Xiomara is also making his mark in the always-fascinating field of American history and culture, this time through expert photography.

Speaking of Oyster Bay, Xiomara’s most recent major work concerns that village’s most famous resident. “How I Love Sagamore Hill: A Photographic Collection” was on display at the Koenig Center this past spring. It exhibited a selection of photographs by Xiomáro, who photographed the interior of the President’s House at Sagamore Hill. The house has been vacant since 2012 as it is undergoing an extensive three-year, $6.2 million structural rehabilitation.

Recently, Xiomara was commissioned to compile an artistic photographic collection of the house by the Sagamore Hill National Historic Site. The purpose was for him to create an artistic photographic collection of Theodore Roosevelt’s Oyster Bay house while the house appeared as much as it did in 1887. In all, a total of over one hundred images document rooms on all three floors, including the first floor’s North Room, dining room, pantry, drawing room, hall and library.

“So much of the Roosevelt family’s personality is revealed by the house,” said Xiomáro, “even though its occupants—and now most of its contents—are absent from the premises.” Images from the exhibition reveal not just the imposing character of America’s 26th President, but also the more intimate domestic nature of the Roosevelt family of Sagamore Hill, such as the textured sconce globes of Edith Roosevelt’s drawing room. “Some of these details,” continued Xiomáro, “may have previously been overwhelmed by a room’s furnishing, or inaccessible to visitors behind velvet rope barriers.”

Also in 2012, Xiomara unveiled “Weir Was Here: Secret Rooms, Doors and Windows.” This exhibit focused on the home and studio of J. Alden Weir, one of the founders of American impressionism. The exhibit is currently being shown in the Bridgeport offices of Rep. Jim Himes, where it will be on display until Dec. 31, 2014.

The exhibit was originally viewed in the G & B Community Cultural Center in Wilton, CT before being transferred earlier this year to the offices of Stamford Mayor Michael Pavia. Not only that, the Weir exhibit made its way all the way to Brigham Young University in Provo, UT.

Xiomara’s most recent exhibit was “William Floyd’s House of Revolution,” which was on view at the world famous Fraunces Tavern Museum in lower Manhattan. This exhibit debuts the first artistic collection documenting the Old Mastic House, which is part of the Fire Island National Seashore on Long Island and was the home of William Floyd, an American Revolutionary and signer of the Declaration of Independence. Fellow rebel General George Washington gave his farewell address at Fraunces Tavern, which is Manhattan’s oldest surviving building.

As with many artists, Xiomara took the long way to finding his way as a photographer. A native of Queens County, Xio grew up among artisans. An uncle was a painter, while his father was a cabinetmaker. For Xio, music came before photography. Through his involvement in the New York City music scene, he began observing first-rate photographers at work. He continued writing and playing music. At the same time, Xio purchased a point-and-shoot camera to record his concerts. More artwork followed, this time in the form of photography of flower, butterflies and outdoor scenery. As he noted, the prints started outselling the CDs. “This was my first hint that the camera could become another medium for artistic expression,” he said.

Soon, fate took over. While recovering from a serious illness, Xio found solace in taking more outdoor photography. Xio had found a new vocation. This time, the studio in Roslyn Heights was for mainly for photography and a new phase in his career began.