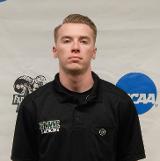 The Farmingdale State men’s lacrosse team led 8-6 entering the fourth quarter and held FDU-Florham to only one goal in the quarter en route to the 9-7 non-conference road victory on Tuesday. The Rams improved to 5-1 on the season, while the Devils dropped to 1-5.

Once again, Roslyn resident Brad Rapone played a key role in the Rams victory. Trailing 3-2 with 8:27 remaining in the second quarter, Farmingdale State used a goal from junior midfielder James Reiser off Rapone’s pass to even the game at 3-3.

The Rams closed the half with man-up goals from both sophomore attack Michael Cegielski and junior midfielder Stephen White to extend the lead to 5-3 heading into halftime.

Only 2:34 after the break, Farmingdale State took a three-goal advantage on a score from sophomore midfielder Daniel Desimone. The Rams followed with an unassisted goal by Rapone open up a 7-3 lead with 7:09 left to play in the third.

After three straight FDU-Florham goals cut the deficit to 7-6, Cegielski brought the Rams advantage to back two with the final score in the third quarter. With 9:07 remaining in the fourth quarter, junior attack Tyler Rifice converted the feed from Cegielski to put the Rams on top, 9-6. FDU-Florham’s Daniel Minnich (Laurys Station, Penn.) scored a late goal as the Rams earned the 9-7 victory.

The FSC men’s lacrosse team next will travel to Mount Saint Mary for their first Skyline Conference game of the season on Friday, April 1 at 7 p.m.