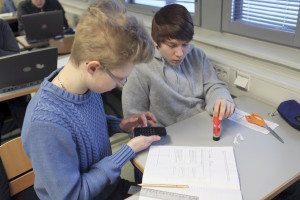 Last week, the mathematics segment of Common Core testing took place for elementary students in New York State. As with the English Language Arts segment (ELA), the number of students opting out of the tests remained the major story.

In the Roslyn School District, the math opt out rates were, percentage-wise, nearly exactly the same as those for the ELA test. According to Long Island Opt Out, 32 percent of Roslyn students did not take the ELA test. Similarly, 33 percent of Roslyn primary school students did not, according to the Roslyn School District, take the math test.

As noted in last week’s issue of The Roslyn News, the school district does not have a specific policy regarding the tests. “Our philosophy is that it is a parent’s right and decision to opt out if they so choose,” the statement read. “It is our obligation as a district to administer the exams, which we do according to the directives of the state.”

The controversy over Common Core has come from a grassroots opposition from parents concerned over what they see as excessive testing.

“We value the importance of child-centered, hands-on learning, and these Common Core assessments have robbed our children of that rich, creative learning environment all children deserve,” said Jeanette Deutermann, founder and administrator of Long Island Opt Out and cofounder of New York State Allies for Public Education, after the ELA opt-out rates were announced.

Meryl Tisch, the Board of Regents chancellor, expressed disappointment over the opt-out rates. Tisch noted that the state tests are required by the federal government and if a school has less than 95 percent of its students participating in the assessments, it could lose significant federal funding.

“I believe that test refusal is a terrible mistake because it eliminates important information about how our kids are doing,” Tisch added.