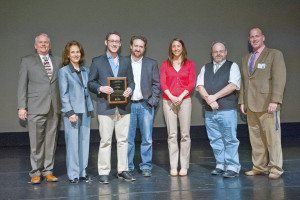 According to the Roslyn High School English chairperson Joshua Cabat, Novick has been focusing on his work as a filmmaker there, and the excellence of that work, which also helped him get into New York University’s Tisch School of the Arts, was celebrated by the LIHSA faculty and staff.

Novick has been praised by the staff as being “an exceptionally intelligent, resourceful student and self-motivated young man.”

Cabat agreed and said, “I can only add that in my 15 years of working with the film program here, Max is probably the most gifted student filmmaker this school has produced in all that time.”