No Stopping Those Bulldogs Juggernauts | Roslyn News
Monday, May 23, 2022 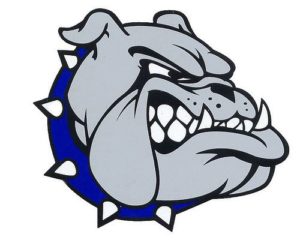 The spring sports season is headed toward playoff time and both the Roslyn High School girls’ softball team and the boys’ lacrosse squad are mowing down the opposition at an awesome rate.

First up, the Lady Bulldogs. Who can stop them? On May 7, Roslyn traveled to Malverne to record a 20-10 slugfest win. Roslyn opened the scoring with a two-run first inning, capping off the big day at the plate with a six-run seventh inning.

Leah Markbreiter continued to tear it up, going three-for-four with five RBIs. All three hits were doubles. Ally Lang was the winning pitcher.

On May 9, pitching ace Sami Rae Schilling took the mound. You can guess the results. Roslyn defeated Lawrence, 10-6. Roslyn’s pitching sensation earned another complete game win, striking out 10 batters. Her battery mate, Natalia Mahaffy, had two hits and an RBI.

The lacrosse team remains undefeated in conference play. They padded their division lead with a May 7, 14-4 shellacking on New Hyde Park, followed by a May 9, 18-4 win over Sewanhaka.

In the New Hyde Park win, the Gatto brothers, Ethan and Alex, paced the attack, scoring four goals each. Ethan had five assists, while Alex chipped in with three. Ethan Baum had five total points and Dan Perkal had four points. The Bulldog scoring machine allowed Alex Golub and Ryan Glennon to have an easy time in the goalie area. Golub had seven saves, while Glennon chipped in with four.

Ethan Gatto was the star again in the Sewanhaka win. He had six total points, on two goals and four assists. Baum had five total points, while Alex Gatto and Jack Fine had four points each.

In this win, Golub went all the way in the goal, recording 12 saves.
After going through a rough patch, the boys’ varsity baseball squad rebounded to defeat South Side, 4-2 in a May 9 home game.

Hayden Leiderman was the hitting star, with two hits and an RBI, while Noah Simpson and Jordan Bernstein had an RBI each. Ethan Lipetz proved to be a handy stopper, tossing a complete game win.