The Roslyn High School boys’ baseball team is completing a solid season and there is help on the way from the minors. And that means stars from the Roslyn Middle School squad. On May 3, Matthew Feingold pitched a no-hitter, leading the Bulldogs to a 10-0 victory over Carle Place in a game played at Roslyn High School. Feingold struck out 10 batters, while walking just one. At the plate, Feingold was just as impressive. He paced the powerhouse attack, stroking two hits, including a double, and two RBIs. Feingold has now pitched 7⅓ hitless innings for the season, striking out 16 batters and compiling a win and a save for the Bulldogs, who are now 3-0 on the season. 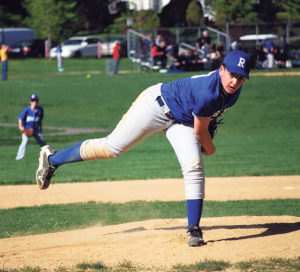 Meanwhile, on the varsity level, the Bulldogs ended a successful season on a disappointing note, losing three games to Carey High School and the final game to Mineola.

Roslyn went into the last week of the season on a roll, defeating New Hyde Park in consecutive games. At the April 27 game, Ben Faber got the Bulldogs off on the right track with a booming two-run home run. Robbie Pomerantz picked up the scoring pace with run-scoring double. Joe Na pitched a complete game four-hitter, striking out five in the process.

Pomerantz was the big star in the April 28, 2-0 home game win. Pomerantz struck out 11 batters, while allowing only one hit in five innings of stellar pitching. Josh Liepper came out of the bullpen to clinch the win. Once again, Faber was the hitting star, smacking an RBI double to put the Bulldogs on the board.

Despite the disappointing ending, Roslyn went 8-7 in conference play and the best is yet to be.