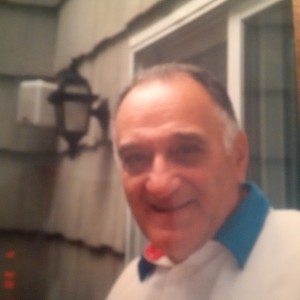 Many Roslynians have set down roots by coming from other parts of the metropolitan area. An exception was, for instance, Marshall Ward, the longtime resident who traced his ancestry all the way back to the 19th century and the Ward family of the Ellen E. Ward Clock Tower fame.
Nicholas DiNapoli, another Roslynian who had deep roots in the village, died last week at age 92. If the surname sounds familiar it’s because his oldest son, Thomas, was a longtime state assemblyman from the Roslyn area and currently, New York State Comptroller. His other son, James, born a year after Thomas DiNapoli in 1955, has served as deputy chief of the Department of Public Safety for the New York State Courts.
Nicholas DiNapoli would have liked it this way: Being known more for the accomplishments of his offspring, both of whom have played vital roles in the affairs of the nation’s third-largest state.
“He had a great life and a full life,” the comptroller told The Roslyn News. “He was a dedicated family man.”
DiNapoli was also dedicated to the Roslyn community. During his decades in the Roslyn area, he was a member of St. Aidan’s Roman Catholic Church in Williston Park, a member of American Legion Post #144 and a Legionnaire for over 50 years. As significant, DiNapoli was both an exempt and honorary member of the Roslyn Highlands Fire Department. He actively served as a volunteer fireman from 1942 to 1953. Finally, in 1985, he retired from the New York Telephone Company after 40 years of service. “He was always giving back to the community,” Thomas DiNapoli observed.
DiNapoli’s eventful life began in 1924, when he was born in Roslyn Heights. He attended public schools in Roslyn, graduating from Roslyn High School in 1942. By then, World War II was well underway and DiNapoli served in the United States Army Air Corps, from 1943 to 1946. Following the war, DiNapoli, like millions of ex-servicemen, married and started a family with his wife, Adeline Abbondanelo. The couple lived in Roslyn Heights before moving to Albertson in 1953. Back in the states, DiNapoli enjoyed a long and productive career with New York Telephone, serving as a foreman, maintenance supervisor, auditor and acting manager before retiring after 40 years of service in 1985.
The comptroller added that his father expressed some concern when his eldest son decided, at an early age, to make the plunge into politics.
“He worried about the insecurity of politics,” Thomas DiNapoli said. “He was there for me when I won and he was there for me when I lost.”
As a young boy, DiNapoli lost his own father. And that unfortunate event, inspired his entire life. “He bent over backwards to be the father he never had,” Thomas DiNapoli added.
DiNapoli’s family included not just his two sons, but eventually, two grandchildren, a source of pride and contentment during his senior years.
“He was thrilled to see his grandkids go to college,” Thomas DiNapoli said. “The greatest joy he had was in being a grandpa. He loved having a regular breakfast with his grandkids.”