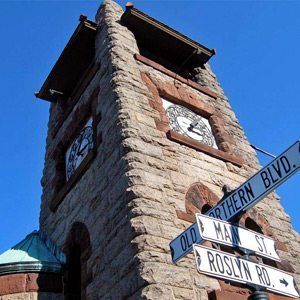 On Monday, April 7, from 6:30 to 8 p.m., the Roslyn Chamber of Commerce will hold a meeting at Besito Mexican Restaurant, located at 1516 Old Northern Blvd. The establishment, said chamber officials, has plenty of free parking.

The evening will feature sit-down family style appetizer platters at every table. Sangria will be included.

The cost will be $10 for paid chamber members and $25 for all non-members and guests. If the non-member joins that night, $15 will be credited to their annual dues (normally $95 per year).

In addition to beverages and an appetizer, there will be a special guest speaker.

At its March 3 meeting, the Roslyn Chamber of Commerce held its annual officer induction ceremony at Pearl East restaurant.

Jerry Baldassaro was sworn in as bo vice president of membership and as secretary, while the same was done for Lou Federico as vice President of events and Heather Lehrman as vice president of programming. Staying on to fulfill their second year of terms were Lonnie Goldman, president; Michael Grossberg, treasurer and Vito DiTrapani, vice president of marketing. Wayne Wink Jr. was elected to the board of directors and will be chairing the committee to review current bylaws.