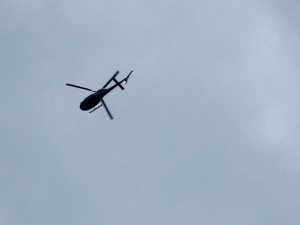 Summer is in full swing and for many it’s a time to relax outside at the beach, pool or on the patio. It’s also a time when a multitude of helicopters transport people from Manhattan to the Hamptons, and seaplanes are flying overhead to land in the harbors of the East End. The noise from these helicopters and seaplanes is disturbing to many residents along the North Shore, from Queens all the way out East. Port Washington is right in the flight path of many of these helicopters and seaplanes, which fly lower than in years past, according to Port Washington resident Len Schaier, who is the president of Quietskies.net,
a group dedicated to supporting citizens around the country in their efforts to control aircraft and helicopter noise and pollution.

Schaier, who has lived in Port for 43 years, launched a new website this month called www.airnoisereport.com, where anyone can log on and report helicopter and aircraft noise. “We found that people had a big problem reporting the aircraft noise when it happened,” said Schaier. “The site allows you to put in information once, and then go back to it and just input the time of the helicopter or aircraft noise. It keeps track of the times of the occurrences of the noise.” The other way to report helicopter or aircraft noise is through the Town of North Hempstead’s 311 number, which is more time-consuming for people, according to Schaier.

A quick look at Schaier’s website shows a real-time chart that tracks the aircraft noise complaints, location and when the occurrences increase. Some summer Fridays show more than 120 complaints in one day.

Schaier volunteers his time for this cause, which is very important to him. He was appointed by the Port Authority of New York and New Jersey (PANYNJ) to be a member of the Technical Advisory Committee (TAC) for the Part 150 Aircraft Noise Study and was appointed chairman of the The Town of North Hempstead’s Aircraft Noise Technical Advisory Committee. “I keep the TONH up-to-date about the aircraft noise complaints. I report to the town council every month about the general status of the problem. But this is not just a local issue,” said Schaier. “Airnoisereport.com was developed by myself and Daniel Aronoff of the ‘We Love Whitestone’ group of Queens,” said Schaier. “It will serve all residents of the metro area looking for an easier way to submit complaints about helicopter and other aircraft-generated noise. Our long-term goal is to allow other cities to use the same database because it is a national issue.”