Congress passed and President Donald Trump signed a new $900 billion stimulus bill in late December after months of negotiations. In the package, $285 billion will be used to bring back the Paycheck Protection Program (PPP) that was used in the last stimulus package for potential forgivable loans to small businesses.

“It definitely hurt Long Island’s businesses not to be able to get the help they needed when they needed it,” Lawrence Levy, Hofstra University’s National Suburban Studies Executive Dean, said. “There was no reason other than partisan politics for the stimulus to have been delayed as long as it was, but help now is on the way and with the change of administration, it’s likely there will be more help coming down the road.”

The new PPP package will see no loans exceed $2 million and will only be available to small businesses under 300 employees that saw a sales drop of at least 25 percent drop in one quarter from the previous year. Restaurants will be able to receive 3.5 times their monthly payroll compared to 2.5 for other businesses. PPP loans and business meals in 2021 and 2022 will be tax-deductible. Some concerns over the program were also addressed, public companies will not be able to apply for a loan.

“It could have been more for main street businesses,” Nassau County Council of Chambers of Commerce President Dennis Grossman said about the first stimulus package. “If you’re forced by the government to close, then the government should cover some overhead to keep people working.”

As the second wave of the pandemic hit Long Island, small businesses are unsure of their future and how proficient the second round of PPP will be. Many believe the economic recovery for these businesses will hinge on the COVID-19 vaccine rollout, which has been slower than initially expected.

“We do have a few very large businesses that employ thousands of people, but the economic backbone of Long Island are small businesses and how they do ultimately determines how the rest of the region does,” Levy said. “They were just decimated during the pandemic and whatever help they can get to hang on until the vaccine takes hold, and we can return to a semblance of normal would be a great benefit to Nassau and Suffolk counties.”

At a Farmingdale Chamber of Commerce meeting over Zoom on Jan. 7, one small business said they made four dollars the previous day. The area has recently seen one of its cafés close and Chamber President Joseph Garcia believes more help is needed to keep the main streets of Long Island alive.

“We’re seeing more and more empty stores. I hate to say, I think there is going to be at least one or two more here in Farmingdale. It’s definitely rough.” Garcia said. “I think you’re going to see more restaurants, either shutting down permanently or shutting down, at least until they can get back to more outdoor dining and more indoor dining and longer hours, being able to stay open past 10 p.m.”

Garcia, manager of the Weichert, Realtors, in Farmingdale says his business is doing well, but talking to his members, his outlook today has never been bleaker than in the past nine months.

“A lot of people starting to just give into the inevitable or what they now feel is inevitable of having to shut down because it doesn’t feel like there’s a light at the end of the tunnel that’s coming in the next weeks, or maybe even few months, it’s going to be a longer haul,” Garcia said. “At some point you wonder why you’re getting up to go to work anymore. You might not make any money staying home, but you’re not going to lose any more money.”

Some businesses didn’t receive their PPP loan for months or didn’t receive it at all. A quicker and more prudent means of getting small businesses the loans they need may be their only chance of not shutting down for good. 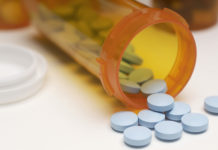 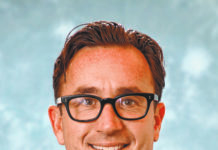