As the Christmas season is now in full swing, one of Roslyn’s most venerable institutions is getting a new pastor. The Rev. Robert Zemke assumed that role at Roslyn Presbyterian last month, coming to the village after spending five years as the pastor of nearby Glenwood Presbyterian Church.

“I like it here,” Zemke told The Roslyn News as he also laid out his plans for his ministry. “We are familiar with the area. Our children are attending the Roslyn Presbyterian preschool. It’s a nice area in a nice neighborhood.”

Looking towards the future, both near and far, Zemke is especially interested in inviting young families to join the church and its school and in general, to help “people in understanding their spirituality.”

“We are living in turbulent times and in need of spiritual insight and peace in the midst of the storms in the world and in our own lives,” he continued. “We hope to build a spiritual community that brings hope and healing for everyone. I want to create a safe place to explore spiritual questions. I am starting a series in the new year called ‘Explore God.’ We will explore questions that people often ask when spiritually searching: What’s the meaning and purpose of life? Why does God allow pain and suffering? Can you like Jesus but hate religion? Does God still speak to us today? Is Christianity too narrow? Can I know God personally?”

Another concept that Zemke hopes to bring to Roslyn Presbyterian is a program that he terms as Ancient Future.

“I love the concept of Ancient Future for a church’s worship and perspective,” he said. “The concept draws from the rich heritage of worship and historical stability of the church and bringing that into the current cultural climate of today and into the future. The setting is ancient but relevant for today.”

Zemke spent his undergraduate years at the University of Wisconsin-Madison. After graduating he became a campus staff member with InterVarsity Christian Fellowship in Milwaukee. Zemke went on to receive his Master of Divinity degree at Gordon-Conwell Theological Seminary. He then moved to New York City to minister to creative professionals as well as briefly pursuing his acting career.

This eventually led him to a position with Priority Associates. There he provided spiritual care for corporate professionals. In New York, Zemke also taught Bible and History at the Geneva School of Manhattan for four years and was also a full time youth worker in the past. 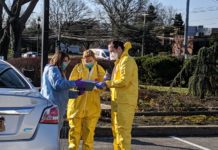 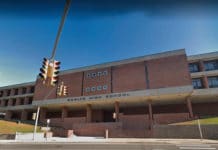