Tim Bhagrattee led a project to restore facilities at the Hindu Temple of Woodside, which was severely damaged during Hurricane Sandy.
Thomas Stroud researched, and led a team to restore the Hempstead Plains and construct an educational kiosk to teach visitors about the history of the area.

Liam Fraser beautified the Village of East Williston by organizing the construction and placement of planters at Village Hall. Patrick Theodoropoulos led a team to revitalize unused and dangerous sections of the Garden City Bird Sanctuary for visitors
to enjoy.

The Scouts’ projects involved hundreds of hours of volunteer work and were incredibly successful. 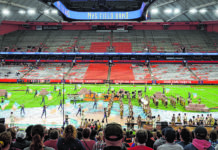 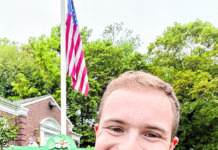