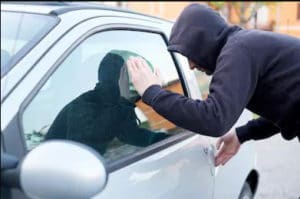 According to the Nassau County Police Department (NCPD), a total of 10 vehicles have been stolen between Sept. 20-25. Police reports state that throughout the course of five days, four automobiles were stolen in East Hills, four automobiles were stolen from two addresses at the Pines in Old Westbury, one car from Syosset and one from Woodbury were all stolen from residents driveways.

“Cars have been taken recently, and in almost every situation, the cars were unlocked and keys were left in the automobiles,” said East Hills Mayor Michael Koblenz in a message sent out to residents. “Two suspects have been taken into custody, but there are others involved in these thefts. We are working closely with the NCPD. We appreciate your cooperation. We continue to ask all residents to please lock your cars when they are parked outside and remove the keys and key fobs from your vehicles.”

According to police, Matthew Garcia 21, from Corona and Jorge Alvarez 18, from Queens were two individuals arrested for these larcenies. Following the thefts, the Nassau County Police Commissioner Patrick Ryder and County Executive Laura Curran sent out a flyer to remind residents to “lock it or lose it.” The flyer warned people to make sure they take the appropriate precautions when locking up their vehicles.

“The message we would like to get out to the public is to always lock your car doors, under no circumstances leave the fob or keys in the vehicle and do not leave valuables in the car,” Detective Vincent Garcia said.

Following the string of thefts, the NCPD has also been promoting the hashtag #9PMRoutine on social media to remind residents to complete the following checklist by 9 p.m. every night. The following tips were provided by the NCPD: residents should always park their vehicles in a secure well-lit location whenever possible, close your windows and sunroofs and remove valuables from the vehicle such as garage door remotes, wallets, electronic key fobs or anything that may be of value.

The NCPD urges residents to report suspicious activity or person(s) by contacting their local Nassau County Police precinct, or contact Nassau County Crime Stoppers at 1-800-244-TIPS. Residents are also urged to call 911 if they see a crime in progress.