The town of Roslyn proves to not only be full of historic homes and landmarks, but full of moments that bring smiles to the faces of residents. Roslyn holds a special place in the hearts of its current and past residents, having provided memories that last a lifetime. From the duck pond to the Bryant Library, Roslyn residents share the memories that make them happy to call Roslyn their home. 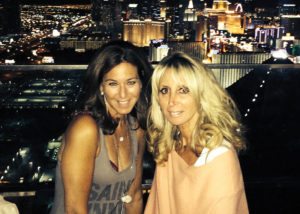 Ann and I were friends for 30 years and we opened up a store. When we first opened we were unpacking boxes; people were coming through the door while we were unpacking. We didn’t even have time to get prices on the items. We didn’t even have time to decorate, people wanted to buy. It was so charming and beautiful. We’ve done trunk shows right on the pond with fashion designers coming from Los Angeles, Paris, Italy and Argentina. We did a trunk show with a designer from Brazil and Salon Rock did the hair and makeup of the models, Tyrone did the menswear part of the runway show. It was like having a Paris fashion week right in our backyard. Roslyn has been fabulous to us. 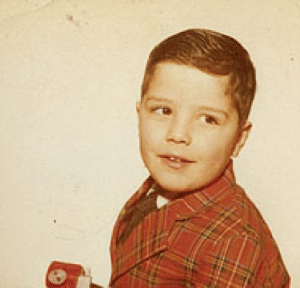 When I was a very small boy, 1958-59, I remember going to an Easter egg hunt on the grounds of Willowmere, I think it was, in Roslyn Harbor. I remember letting go of my father’s hand, and rushing to find Easter eggs, and that there was a prize for the kid that found the Golden Egg. I was very disappointed that I didn’t find it, but I did find some eggs, and we took them home.

I’ve lived in Roslyn for nine years and it’s like a whole new life for us here. My apartment faces the viaduct, so I always know if there’s traffic or not. I have fond memories of going to the Jolly Fisherman for Saturday lunch and bringing my children to the duck pond to feed the ducks. 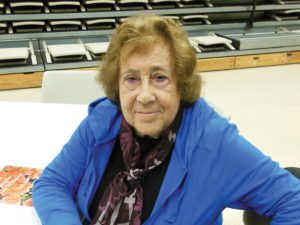 We lived in Queens and my oldest son, Lior, went to school in Queens and he practiced tennis as a young boy because it wasn’t a sport you could easily be injured in. After his bar mitzvah, we moved to Fresh Meadows, my son used to come to Roslyn to play tennis. There used to be a club next to the tower. We couldn’t afford tennis lessons there, so the coach at the club let him take lessons in exchange for cleaning the club. So my son would go a few days a week at 6 a.m. just to clean the club or take lessons. He became so good at tennis that he travelled around the state and even got a scholarship. He later moved to Roslyn after college. Every time I look at the tower, the memory is with me. 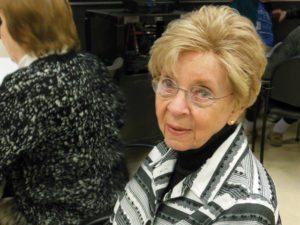 I lived in Roslyn for 30 years and I just love the area with their big backyards and many gardens. I loved the shopping center. I lived near the country club and when I was thinking of moving there, they had called it the “Mcmansion” area because there were so many mansions sprouting up. I just remember the parties we used to have in the big backyard with like 30 people. We even had my son’s engagement party back there. 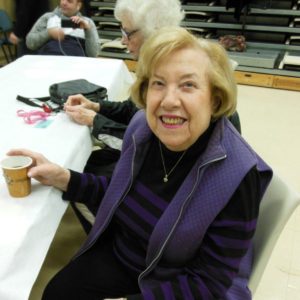 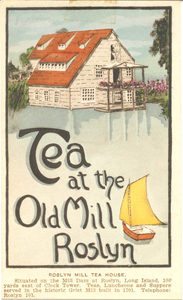 I’ve lived in Roslyn for 53 years in a community called Rolling Road, across from St. Francis. I lived in a fabulous area where everyone was friends. Everyone played outside and the doors were never locked. We had an association and all kinds of parties. Everyone knew everyone. The whole atmosphere was so wonderful. There was the tea house and when we moved out here from Brooklyn, we used to invite our Brooklyn friends to have lunch with us at the tea house.