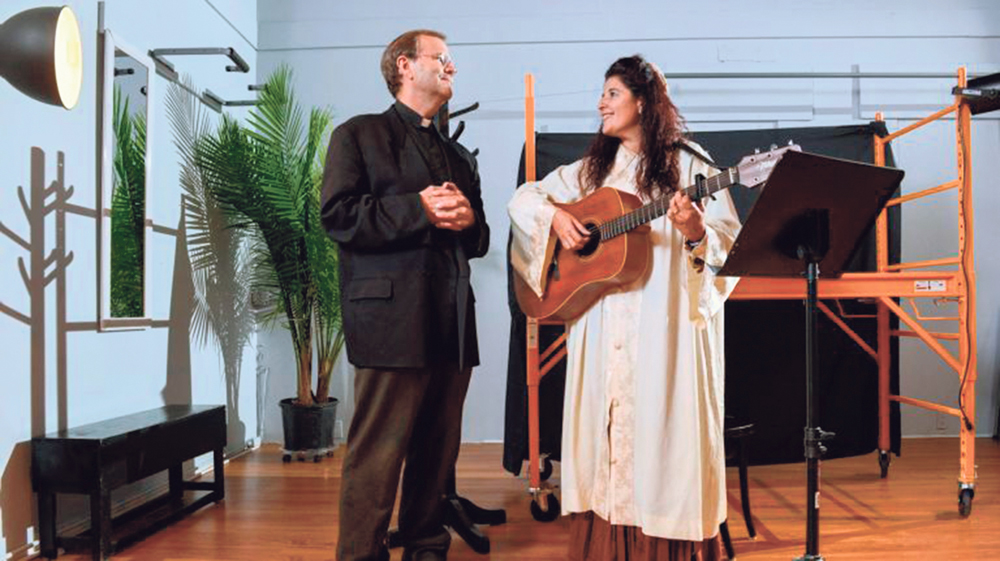 Trinity Arts will present Oy Father, the musical love story of a Jewish female cantor and a Catholic priest, at Trinity Episcopal Church in Roslyn on Sunday, Dec. 3, at 3 p.m.

The musical is based on the book that former Catholic priest Bill McBride is in the process of writing about the choices he had to make in leaving the priesthood after falling in love with his wife, Argentinian-born cantor Irene Failenbogen. McBride first met Failenbogen when he was taking singing lessons from her in order to develop his talents before travelling to Taiwan as a priest to work with Taiwanese artists.

The musical is performed by McBride and Failenbogen as themselves and directed by Rhonda Carol. The production includes a program of moving, uplifting songs running the gamut from original compositions by Failenbogen in English, Spanish and Hebrew to standards and duets the couple sings together.

The musical will benefit the arts program at Trinity Church, located at 1579 Northern Blvd., Roslyn. Tickets are $25 and can be purchased at the door. For more information or to make reservations, call 516-621-7925.