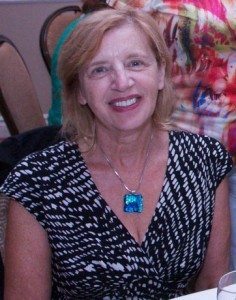 Longtime Roslyn resident Molly Chernofsky, age 67, passed away on Nov. 16, after a brief illness. Born in Germany in 1947, Molly immigrated to this country with her parents as a young child and spent her early childhood on Manhattan’s Lower East Side. She became a teacher and taught English at Bryant High School in Long Island City for 37 years, retiring in 2006. She was a devoted wife to Irving, the loving mother of daughter Sheryl Saltiel and her husband Joseph, and of daughter Melissa Chernofsky, and the adoring grandmother of the Saltiels’ three children: Matilda, Johanna and Harrison. She is also survived by her cherished brother, Sam Mora.

Molly was active in Women’s League for Conservative Judaism and, at the time of her death, was an officer on the international board. She was a role model for many women in the community, serving as president of the Sisterhood at Temple Beth Sholom in Roslyn Heights for two terms totaling four years, and then moving on to the presidency of the Brooklyn – Queens – Long Island (BQLI) Region of Women’s League.

A strong believer in women’s empowerment, Molly encouraged many of her “sisters” to become leaders. She greeted everyone warmly and with a friendly smile. She was also a passionate advocate for Israel, and headed up the temple’s delegation to the American Israel Public Affairs (AIPAC) Conference in Washington, D.C., in 2014. Her passing is a great loss to our community, as everyone who knew Molly respected and loved her. She inspired so many people. The Sisterhood of Temple Beth Sholom extends its deepest condolences to Irving and the Chernofsky family.