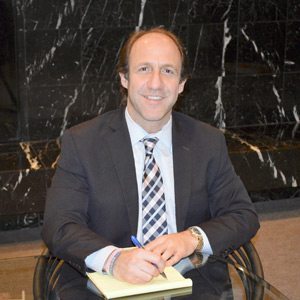 Brian Meyerson, veteran Village Prosecutor in East Hills, has been appointed by Mayor Michael R. Koblenz as the village’s newest board of trustee member.

Meyerson was chose to fill the seat left vacant when former trustee, Peter Zuckerman was appointed by Town of North Hempstead Supervisor Judi Bosworth to fill the vacant seat on that council following the resignation of former councilman, Thomas K. Dwyer.

Mayor Koblenz said that he vetted over a dozen prospective candidates and then narrowed the focus to six key prospects. The process was further reduced to two finalists before Meyerson was chosen.

“Brian’s in-depth experience and involvement in our community will be an invaluable asset,” said Mayor Koblenz. “He has worked hard, and has demonstrated his steadfast commitment to our village. This appointment is well deserved. It will be a pleasure to have his input and his keen insights as we continue to keep East Hills one of the finest communities in America.”

“I am grateful to the mayor for giving me this opportunity,” Meyerson added. “By serving as a trustee, I will be able to reach out to a much broader segment of the community, both younger and older. I hope to hear their ideas and input on what can be done to make East Hills an even better community in which to live, and then help to create that change.”

Meyerson has lived in East Hills for over a decade. He has participated in a wide array of village events, ranging from Halloween programs to sports competitions. He also serves as the director and commissioner on both the board of the Roslyn Little League and the Roslyn Booster Basketball Club.

As Village Prosecutor, Meyerson is credited with collecting more fines from contractors than any other prosecutor in the history of the village. He received his B.A. from Binghamton in 1990, and graduated from Cardozo School of Law in 1993. The next year, Meyerson was admitted to the New York State Bar. He is a partner in the litigation law firm of Meyerson & Levine, LLP.

Meyerson is married to Dorie and has two children, Andrew, 14, and Amanda, nine years old. 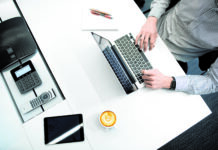