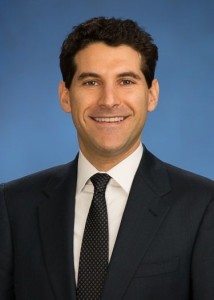 On Tuesday, May 19, the Roslyn School District will hold elections for the school board. The top three vote-getters will serve on the board for the next term. The following are statements from the candidates.

“I have had the privilege of representing our community on the Roslyn Public Schools Board of Education for the past two years. My sole objective for serving on the board remains unchanged – prudent financial oversight of our $103 million annual budget while constantly advocating for strong schools and student achievement. We have accomplished a great deal in my short time on the board but there is much more to do.

“My family moved from New York City to Roslyn in 2007 for its strong schools and community. As a lawyer, certified public accountant and investment banker, I believe that education is the key to prosperity. My wife and I wanted a top education for our three children, two daughters in Harbor Hill and a son in preschool. After eight years in Roslyn I continue to believe that we made the right decision for our children. Our district is strong, our students are succeeding and our community is supportive. I want to continue this legacy.

“I am proud of Roslyn’s budgeting practices during my two years on the board. Key highlights include:

• Our district’s annual budgets and tax levy increases are at historic lows. For 2014-15 (actual) and 2015-16 (proposed) the tax levy increase was .64 percent and .93 percent, respectively. These figures are among the lowest across Long Island;

• Annual budget surpluses are being reduced through budgeted revenue and expenditures being closer to actual amounts;

• We are applying fund balances responsibly to reduce the tax burden on our community; and

• We are budgeting well below the so-called 2 percent tax levy cap; in fact, we have budgeted over $2 million below the tax levy cap during my two years on the board.

“These policies are leaving taxpayer dollars where they belong – in their pockets – without a single Roslyn program being cut or staff member laid off for financial reasons. In fact, we are expanding programs such as the Science, Technology, Engineering and Math program into the Middle School and growing our China foreign exchange program among other initiatives. If re-elected I will continue to draw on my financial and legal background to advocate for responsible budgeting practices.

“Planning and designing our district’s $46 million capital improvement program has been a considerable focus of the board during my first term. We will be modernizing buildings and athletic fields throughout the district while the net change in the average homeowners tax bill for debt repayment will be less than $60 each year over the life of the proposed financing. As I look ahead to the execution phase, my priority will be achieving our community’s priorities while balancing inevitable cost escalations. We have already cut $2 million of non-essential items in an effort to manage the modernization program as close to budget as possible. If re-elected I will work closely with my board colleagues to prudently oversee the execution of this very important capital improvement program.

“District administration will be transitioning from Dan Brenner as Superintendent to Gerry Dempsey in 2015-16 and Allison Brown beginning with the 2016-17 academic year,” the statement conclude. “I am confident that our district will continue to prosper under Gerry and Allison’s leadership. If re-elected I will be a stable force on the board to guide this transition while continuing to advocate for educational innovation and prudent fiscal oversight.”

The school board election will take place Tuesday, May 19, from 7 a.m. to 9 p.m. at Roslyn High School. Call the district clerk at 516-801-5002 for absentee ballots or additional voter information.