Looking Back At A Great Season | Roslyn News
Saturday, June 6, 2020 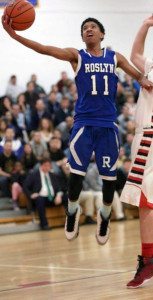 The Roslyn Bulldogs, under head coach Craig Murphy, are quietly building a winning tradition in varsity basketball. For the second time in three years, the Bulldogs made it to the Final Four in Nassau County tournament action. The Bulldogs’ goal is to win a country title and that day keeps drawing nearer.

For the 2014-15 season, Roslyn finished with a 13 and 6 winning record. On the way to the semifinal match with Valley Stream South, they defeated two conference champions, Friends Academy and Roosevelt High School, both in thrilling away games and both in come-from-behind fashion.

“Our goal is still to be county champs,” Murphy said. “We aren’t disappointed with our season, but we didn’t reach our goal.” 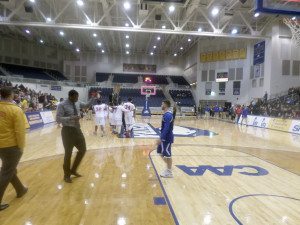 This year, Roslyn is graduating six seniors, including four starters. Murphy had glowing praise for all of them and the attributes they brought to the winning program as he made the comments listed below.

• Noah Nardone: “A three-year varsity player, an All-County player.” Nardone was a force on both offense and defense.
• Thomas Davis: “An unbelievable asset. A great defender. An awesome athlete.”
• Marc Shulman: “Brought a lot of toughness to the defense, did a lot of grinding work.”
• Chris Duplessis: “A good perimeter shooter, good on the press.”
• Sam Esmaili: “Another perimeter threat.” Esmaili made some big three point shots all year.

The one starter who will be back next year is Keandre Augustine, who, along with Nardone, was the Bulldogs’ top scoring threat. Augustine was All-County and he will lead a team that includes such returning veterans as Omar Burns and Darrell Rose. The Bulldogs, under Murphy, have developed their own style of play, fast break offense combined with a full court press and a deep bench, an aggressive style that allowed them to post so many comeback wins. The Bulldogs want to do more than just continue a winning tradition. They will still be seeking a county title in the 2015-16 season.