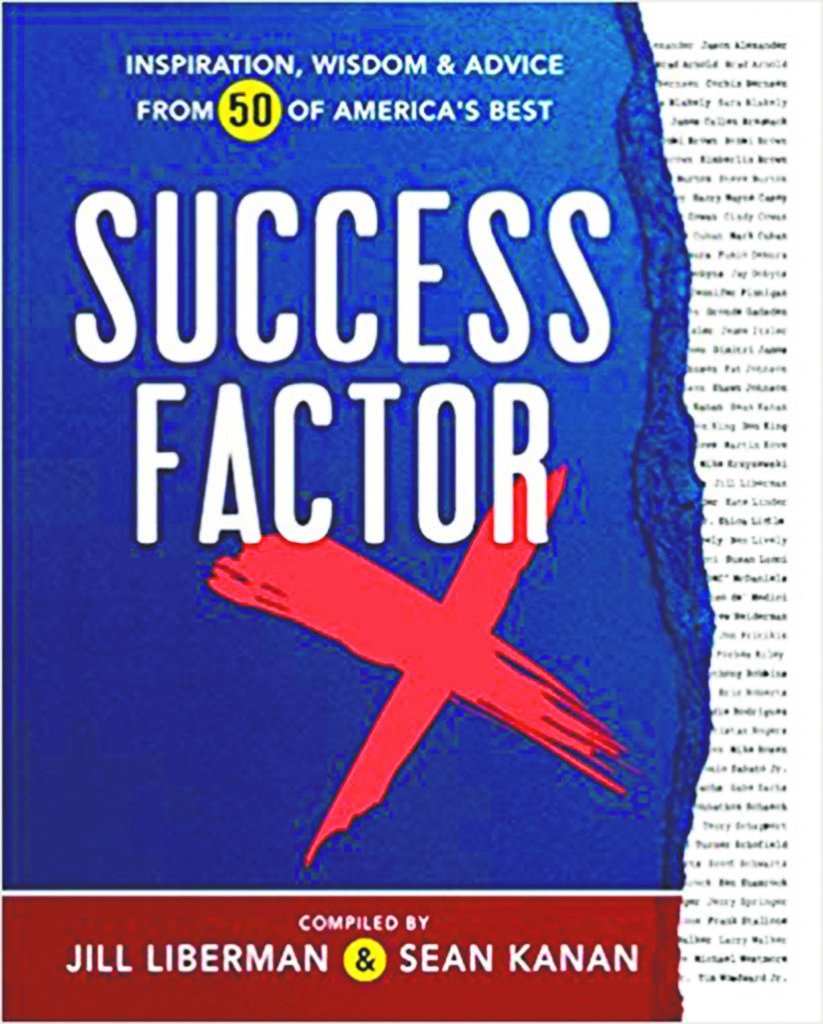 On Thursday May 16, at 7 p.m., Roslyn native Jill Itzler Liberman will be signing copies of her latest book, Success Factor X: Inspiration, Wisdom and Advice From 50 Of America’s Best at the Barnes and Noble book store at the Country Glen Center in Carle Place. Liberman will be joined by her co-author Sean Kanan.

“I was born and raised in Roslyn, and am a proud graduate of Roslyn High School, class of 1981,” Liberman told The Roslyn News. “I have the fondest memories of being a Bulldog and welcome the opportunity to go home again. My mother served as president of the Roslyn school board for many years and my three siblings are also graduates of Roslyn High School.

“Actor Sean Kanan (The Bold and The Beautiful) and I wanted to know what is the X factor that makes some people ultra successful, so we reached out to business icons, media moguls, professional athletes and award-winning actors and asked them to submit their thoughts, stories and advice on success,” Liberman continued. “Participants include Tony Robbins, Mark Cuban, Warren Buffett, SPANX founder Sara Blakely, music icons Run DMC and KC and the Sunshine Band, Olympic gold medal winner Shawn Johnson, Susan Lucci, Jerry Springer and Jason Alexander (Seinfeld) to name a few. Profits benefit the American Red Cross.”

In addition to being a published author, Liberman is also a motivational speaker, entrepreneur and was featured on Lifetime Television as one of America’s most inspirational women. The book has already received positive advance reviews.

“This book reminds us all that we can make a difference and be a change agent,” said Dimitri Halkidis, president and founder of Boo2Bullying.

“Through the 50 amazing and diverse people featured in this book, three things are accomplished: knowledge is shared, goals seem attainable, and inspiration overflows,” added James Lott, Jr., host of The SOS Show.