Up for re-election this year in District 7 is Senator Anna Kaplan (democrat) and vying for her seat on the senate is Port Washington resident and former police commissioner, Dave Franklin (republican). In a Q&A style format, The Port Washington News asked Franklin and Kaplan a few questions regarding policy, their goals if they get into office, the New York State deficit, as well as how they can help NYS best manage COVID-19. 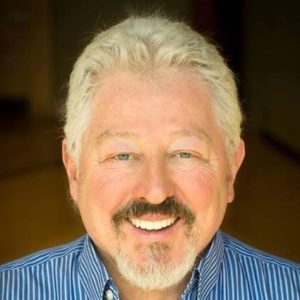 1 Tell readers a bit about yourself.
Franklin: I am a 33 year resident of Port Washington. I worked at HBO for 36 years as an RF Engineer and Operations Supervisor. I was also a shop steward for the Union (IBEW 1212) for 13 years. I worked overnights so I could care for my kids while my wife was at work during the day. As they got older, I stayed on overnights and found the time to get involved in various community and charity events to benefit the town. As a result of my service I was asked to run for Police Commissioner in 2010. I was elected and served three 3-year terms. In that time, we retooled the contract to save money, revamped the administrative staff, and in 2019 Port Washington was voted the safest town in New York. I have been married for 36 years and have two adult sons.

Kaplan: I came to this country at the age of thirteen, as a Persian-Jewish refugee, fleeing religious persecution when the revolution swept my country. After arriving in Brooklyn and then living in Chicago with a foster family while completing high school, I was reunited with my family in Queens. I received an undergraduate degree from Yeshiva University’s Stern College for Women and a law degree from the Benjamin N. Cardozo School of Law.
I moved to Nassau County to start a family with my husband Darren and began volunteering in my local community, hoping to give back to the country that opened its arms to me as a child. I was elected as a Trustee to the Great Neck Library Board and appointed to the Town of North Hempstead Board of Zoning Appeals. I served two terms as a Councilwoman for the Town of North Hempstead and, in 2018, was elected to serve my first term as a State Senator for NYS Senate District 7. As an elected official, I’m fighting to ensure all New Yorkers have access to the American Dream, just as I did.

2. If elected, what are some of your goals?
Franklin: I will work to repeal the bail reform act. There are some changes that need to be made but the present administration went too far. We now have a catch and release criminal system with not judicial discretion involved. Too many criminals are put back on the street to commit more crimes. There is no fear of punishment. We have to keep criminals in jail where they belong. I will always defend the police and never vote to defund. We need them more than ever now with crime rates up and civil unrest prevalent in society.

Kaplan: During my first term I introduced and passed legislation to ban unfinished receivers, which can be used to create untraceable and illegal firearms. While my bill passed in the Senate, it has yet to pass in the Assembly and, if re-elected, I am committed to getting this legislation passed in both chambers and signed into law by the Governor.
Another significant goal will be standing up for small businesses. As we navigate this pandemic, our local businesses are still struggling to survive. I’ve made it a priority to meet with business owners throughout my district to better understand their current needs. I’m working to introduce and support legislation that will bring relief to our businesses during this time.

3. What are some policies you feel strongly about?
Franklin: I am a big proponent of improving education and opportunity. I believe we need to put more focus on primary education when our children have the greatest capacity to learn and absorb. We need to teach acceptance and unity. We need to look for loners, prejudice and bullies at an early age and deter that sort of behavior. We have a Red Flag law in place, but we need to catch these kids while they are still pink flags. I am also a strong supporter of vocational schools. College is not for everybody, and carpentry, electrical, plumbing and mechanics are jobs that can’t be outsourced or automated. These are good, high paying skills that we will always need.

Kaplan: One of my main priorities has always been ending the gun violence epidemic. Too many families have lost loved ones because of gun violence and I’ve made it a priority to ensure we have common-sense gun safety policies here in New York. In fact, as a State Senator, I passed the strongest gun safety legislation in the country, including legislation to expand background checks, keep guns out of the hands of abusers and keep illegal guns out of our communities.
Keeping taxes in check for Long Islanders has been another significant priority. That’s why I’ve fought to take the burden off of middle-class families by passing a permanent property tax cap, saving Nassau County families $71,000 on average over the next decade. I also cut state income taxes, helping to reduce the tax burden on our middle-class families.

4. New York State has a deficit of nearly $14 billion, if elected what would you do to address that?

Franklin: We need to take a closer look at the wasteful spending in Albany. $470 million Hollywood Tax Credits, $100 million for incumbents running for re-election and a recent audit by the Comptroller revealed that there are hundreds of millions, if not billions of dollars in Medicaid waste and fraud. Higher taxes are likely, but we need to find better ways of generating revenue other than on the backs of taxpayers.

5. How do you hope to help NYS continue to combat COVID-19?

Franklin: I was fortunate to have the time to devote to several COVID related causes this past year. I worked with several food banks, including that of Luis Mendez and a group called Empowering Young Professionals. We collected and distributed food, diapers and money to low income Latino, Hispanic and Muslim families in need. I was proud of the efforts of so many men and women who gave their time, talents and money to help those in need. The sense of community and togetherness is a great example of how we should live.

Kaplan: I will continue doing all I can to stand up for New Yorkers however is needed, whether through unemployment benefits, business assistance, financial support, or just as a source of reliable information. My office has helped thousands of constituents get connected with unemployment benefits and sent out daily coronavirus updates to keep our community informed. I’ve also hosted four webinars to provide business assistance and passed a variety of bills to take the financial burden off of Long Island families. If re-elected, my office and I will continue to be a dependable source of support for residents throughout the community.