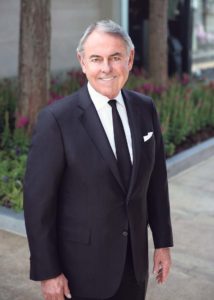 John Gutleber was a native Long Islander with a BBA in Law and Finance and a Master’s Degree in Finance from Adelphi University. After graduation, John managed the Suffolk County office of his family’s real estate firm, Corwin Gutleber Agency. In 1972, he joined Marine Midland Bank as an Executive Trainee and rose through the ranks at Marine Midland and its successor, HSBC, to become head of Real Estate Lending for New York, New Jersey, Connecticut and international clients. John joined Castagna Realty Company in 1988 and oversaw the purchase, development and management of all Castagna Realty commercial, residential and mixed-use properties. Those on Long Island include Americana Manhasset and Wheatley Plaza shopping centers, as well as Dealertrack Headquarters, Syosset Park and multiple office buildings in Garden City. Others in New York State include Rock Rim Ponds in Pound Ridge, and Brady Brook Falls and Castagna Senior Park in Pawling.

In addition to his extensive career in real estate, John was involved with numerous philanthropic organizations. He was a Trustee Emeritus of Adelphi University and a board member of The Viscardi Center, Tilles Center for the Performing Arts and Long Island Association. He was a former Chairman of the Real Estate Institute at Stony Brook University and a Council Member of the Urban Land Institute. John was awarded the Brotherhood Award by the National Conference of Christians and Jews.

John was an adoring husband, devoted and proud father, and cherished brother. Family meant the world to him. He was known for his integrity, selflessness, bright personality and humor, and he was just as comfortable on the dance floor as in the board room. Long Island was always his home, and he enjoyed spending time in Montauk as well as Manhattan. He opened his heart unconditionally and his generosity extended from his immediate family to his larger circle of friends and colleagues. He was a rare combination of confidence and humility, and he brought a smile and a joke with him wherever he went. He will be dearly missed.

The family requests that any donations in John’s name be made to The Viscardi Center and The INN. 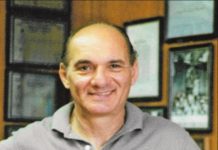