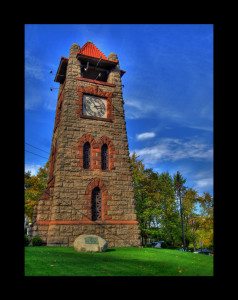 After an absence of several years, one of Roslyn’s most popular summer events is being revived.

This year’s tour is special not just because the event is making a comeback, but also because it will feature Roslyn’s most famous landmark, the Ellen Ward Clock Tower (ca. 1895) which will be open to the public for the first time in many years. This year, the Clock Tower is celebrating its 120th anniversary.

Ann Tinder, director of the Landmark Society, said that the last house tour was held five years ago. With a new management team at the society, Tinder added that the time was right to revive the tour. Tinder said that the society has modest expectations for the June 6 turnout, but she added that it serves as a springboard for future growth.

The highlight of the tour remains the reopening of the Clock Tower. The docents for that stop will come from the Village of Roslyn. Village officials said that walkers will not only be able to enter the tower’s interior, but also walk up the flight of steps to the top, where they may take photos and enjoy what promises to be a spectacular view of Hempstead Harbor and the rest of the North Shore.

In addition to the Clock Tower, the tour will feature the newly renovated French Second Empire-style Warren Wilkey house (ca. 1864) on Main Street and the always-popular Van Nostrand Starkins house (ca. 1680). Tinder added that The Van Nostrand house is maintained in its original condition, which allows visitors to see how people lived in the 17th century. For all the stops, docents and tour guides will provide details about the original owners, architectural style and other interesting anecdotes.

wProceeds from the tour, Tinder said will allow the society to continue providing free lectures, tours and special events such as their annual fundraiser, which will take place on Saturday, June 20 at what society officials said is an “historic home in Old Westbury once owned by one of America’s most prominent and wealthy families.”

Tickets are $30 in advance and $35 day of the tour, and may be purchased at Bryant Library, 2 Paper Mill Rd.) or the Roslyn Landmark Society, 36 Main St.

Landmark Society officials note that due to the historic nature of these private homes, no children under 12, people with spiked heels, those smoking or any interior photography will be permitted.

Docents are still needed to act as tour guides and present details about the homes. To become a docent or learn more information about ticket sales, contact rlsinfo@optonline.net or call 516-625-4363.