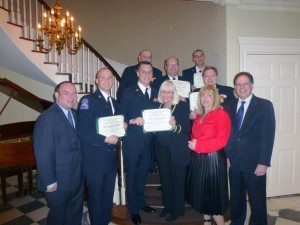 Last month, North Hempstead Town Supervisor Judi Bosworth, Councilman Peter Zuckerman and Receiver of Taxes Charles Berman all honored a dozen members of the Albertson Hook and Ladder Company at their 105th annual Installation Dinner. The event was held at The Royalton in Roslyn Heights.

Members of the department were honored for their heroic actions during several dangerous incidents over the past year.

Also honored were Chief Lasek, Captain David Kraft, Lieutenant Eddie Rummel and EMT Alfonse Marchica, who were recognized for their work in attending to an unconscious man at an Albertson home in December 2014.

Lastly, Assistant Chief Melamed, firefighter Andrew Melamed and nurse Gail Melamed were honored for attending to a jet skier that was badly injured after colliding with a boat on July 2, 2014.

—Courtesy of the Town of
North Hempstead 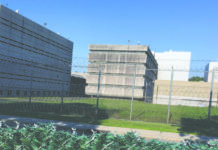 Coronavirus Cases In County Jails Cause Concerns For Inmate Safety