Chabad of Roslyn has officially launched its Holocaust Teen Fellowship program, one designed to educate young people and in general, to raise awareness about the Holocaust. 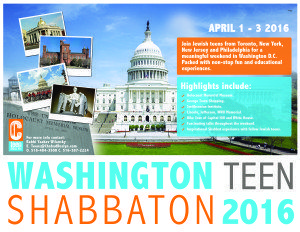 Rabbi Yaakov Wilansky, director of the Chabad Teen Programing explains its mission: “Ordinary humans perpetrated the vast darkness of the Holocaust. This is a journey empowering ordinary humans to march forward as mighty torches of light.”

The first part of the program includes hosting Rabbi Jacob Jungreis who was born in Derecske, Hungary.

His family was deported to Auschwitz in June 1944. Unknowingly, the family had become part of the Kasztner group that was sent to Bergen-Belsen and ransomed to the Jewish-American community in December 1944 for $5 million.

Jungreis arrived in the United States in March 1947. He was the rabbi of the Israel Center of Canarsie for 53 years, and a member of the Museum of Jewish Heritage’s spea bureau.

“It is one thing to read about the horrors of the Holocaust in books,” said Rachel Sterneck a junior at Roslyn High School, and participant in the fellowship, “but it will be very different to hear such a firsthand account.”

These sessions will include Holocaust survivors sharing their story as well as a focus on anti-Semitism in the world today led by the ADL and how young people can react effectively.

From April 1 to 3, the teens will be going on a three-day trip to Washington DC joining teen groups from Toronto and other chapters in New York and New Jersey.